The projection comes as part of the Third UK Climate Change Risk Assessment (CCRA3) submitted to the UK Parliament. 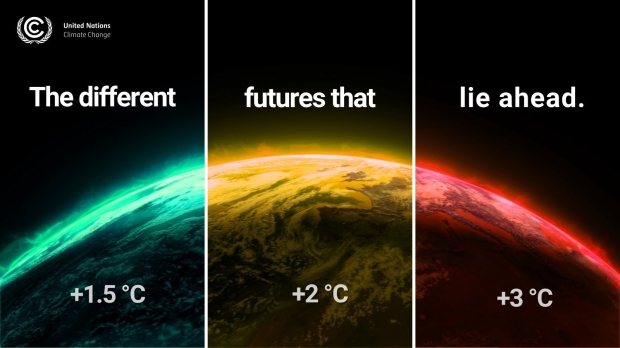 The CCRA3 is required by the Climate Change Act 2008 and is partly based on an independent Technical Report produced by a team of over 600 researchers, led by the University of Exeter and Met Office. The Technical Report concludes that global warming increases risks to the UK's natural environment, human health, communities, infrastructure, businesses, security, migration, and supply chains.

"One of the key conclusions from the University of Exeter's work was that current worldwide policies could result in up to 4°C warming by 2100. The agreements made at the COP26 climate summit in November have reduced the likelihood of this, but it remains possible," said Professor Richard Betts MBE, who led the team.

All of the risks associated with global warming are expected to increase in severity with a rise of 2°C and even more so with a 4°C increase. The report involved more than two years of work, conducting new research and incorporating the work of many previous scientific papers. It also relies on independent advice from the Climate Change Committee (CCC). Work for the next CCRA is already underway by many of the same researchers that contributed to the CCRA3.

"COP26 fell short of its aims, and it is becoming less likely that we will be able limit global warming to low levels. The Paris Agreement's 1.5°C goal is slipping out of reach. We need to be better prepared for the climate changes we have already caused," continued Betts.

Miseducation: How Climate Change Is Taught in America