Researchers have discovered that Earth's core may be cooling much faster than previously anticipated after performing interesting tests on bridgmanite. 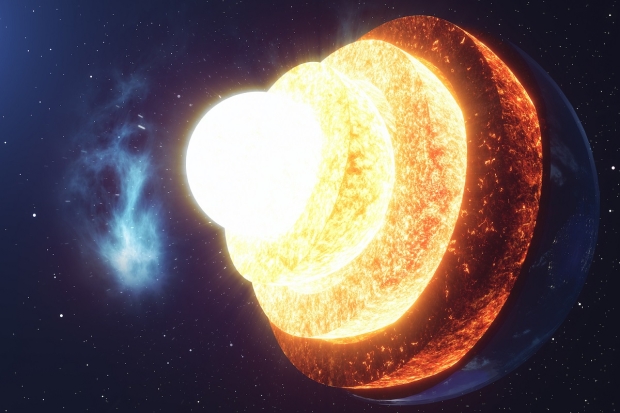 A team of scientists from Carnegie and ETH Zurich decided to perform an experiment on bridgmanite, a miner that is found in large quantities at the boundary between Earth's outer core and its lower mantle. The researchers used a diamond anvil cell and combined it with bridgmanite samples. The diamond anvil cell was then placed in front of a laser to simulate the high pressure and temperature found at the boundary region and then observed the cooling process with an optical absorption system.

The results from the experiment indicated that bridgmanite was much better at conducting heat than previously thought, in fact, it was 1.5 times better. Due to higher heat conductivity, a higher rate of cooling takes place, which means that Earth's core will cool down faster than what was previously estimated. Additionally, once bridgmanite cools, it turns into a mineral dubbed post-perovskite, which as Interesting Engineering reports, "conducts heat at an even faster rate".

Notably, the cooling process of Earth's core and other rocky planets in the universe spans over billions of years, so don't expect anything drastic to happen with the core of our planet in our lifetimes.