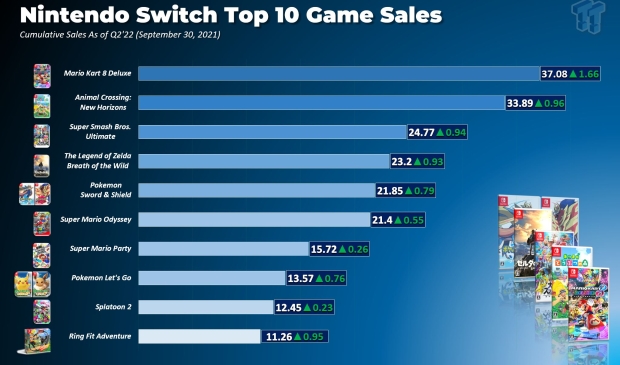 Mario Kart 8 is the top-selling Switch game of all time. It was originally released in 2014 on the failed Wii U platform, then re-released a month after the Switch's 2017 launch. In the past five years, the game has amassed over 37 million sales as of September 30f and has likely moved 1-2 million units on top of this during the holiday season. Despite these huge numbers, it's high time for a new Mario Kart.

According to Kantan Games analyst Dr. Serkan Toto, Nintendo is indeed working on Mario Kart 9 and it could be announced this year. "I am aware Mario Kart 8 Deluxe is still selling very well on the Nintendo Switch, but Mario Kart 9 is in active development (and comes with a new twist) and Nintendo could tease it this year," Toto told Games Industry.biz.

Toto was also among the those who predicted a $399 Switch 4K model would release in 2020. That didn't happen, and instead Nintendo released the Switch OLED in 2021, a new model that does indeed pave the way for 4K gaming...but doesn't actually achieve it.