A hunter has claimed that he has caught a "naked alien" on camera running past a trial that he was walking down in a notorious area for paranormal sightings. 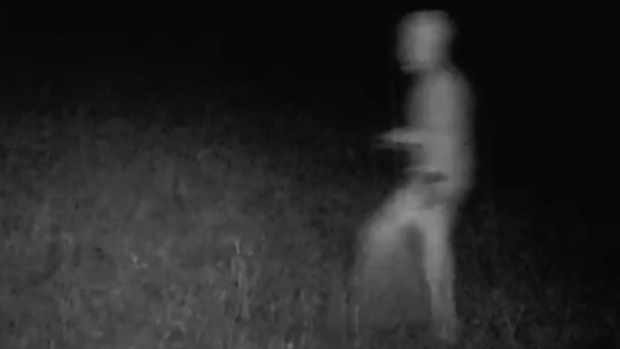 The hunter Donald Bromley was roaming the remote area of Redgate, Montana, in the United States when he snapped a picture of what he describes as a creature with a "bulbous head". Bromley said that at first, he believed it was a human, but the more he inspected the image, he believed what he had photographed was extraterrestrial.

According to the hunter, this sighting is just one of many that have occurred in the area, with it being "very rich" in the "paranormal field" such as UFOs and "unexplainable things". Bromley added that residents in the area have been reporting seeing mysterious objects flying in the sky. These new sightings have come after the Pentagon confirmed that some objects detected in the US airspace have an unknown origin and that extraterrestrials aren't ruled out as a possibility.

"The more I look at it was just odd, it was out of place and everything just matches the alien persona the bigger bulbous head, you can tell he has no clothes, it's kind of a transparent being," said Bromley.