NASA has taken to its website to explain that within the first few days of 2022, skywatchers will be able to see the Quadrantid meteor shower.

According to NASA, the Quadrantid meteor shower is slated to be one of the best meteor showers of 2022 as it coincides with a new moon beginning on January 2nd, which means the few days before and after the new moon, the sky is at its darkest. NASA explains that individuals in the northern hemisphere should head outside, angle yourself northeast, and look up towards the constellation Bootes.

NASA adds that the meteors can appear anywhere in the sky, and that the best viewing time will be after midnight on January 2nd. Earth experiences a meteor shower when our planet passes through debris from an asteroid or comet. NASA explains that the Quadrantid meteor shower is believed to be debris from the asteroid 2003 EH1, which may be an extinct comet. If you are interested in reading more about this story, check out this link here. 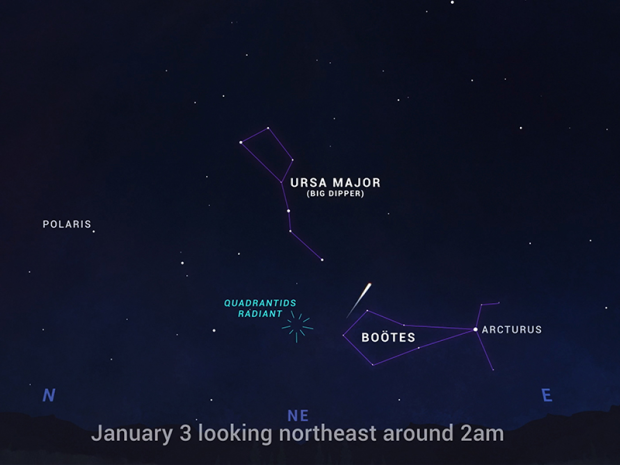