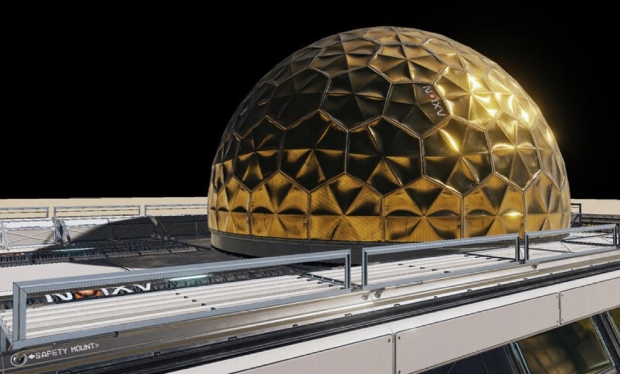 New assets from the 2018 Starfield leak have started to trickle out, giving players an idea of the overall style, scope, and feel of the upcoming spacefaring RPG. Bethesda has been very open about Starfield's early golden age space race vibes, taking inspiration from the late 60s and 70s era when high-tech futurism and imaginative concepts merged with science. We've already seen how Starfield borrows from artists and visionaries like John Berkey, Syd Mead, and Ralph McQuarrie, who shaped the Star Wars universe, but it's also grounded in realism too.

The singular new-but-old Starfield asset screenshot shows a golden dome using the real-life multi-layer insulation (MLI) that's found in satellites, stations, and other space vessels. It's admittedly not a whole lot to go on but it does further exemplify the early asset planning visuals that Bethesda was laying out, and it's likely something we'll see gleaming in distant suns as we explore the far reaches of Starfield's universe.

Starfield will release November 11, 2022 on Xbox Series X/S and PC.