The new Warhalberd CN600 NVMe SSDs are the first PCIe 3.0 NVMe SSDs that COLORFUL has made, with the Chinese manufacturer teaming with Yangtze Memory (YMTC) and Maxio Technology for its new CN600 SSD. The collaboration between the 3 companies allowed COLORFUL to ensure the quality and performance of the flash components and the NVMe controller.

COLORFUL's new entry-level Warhalberd CN600 NVMe SSDs are available in the low-profile form in the standard 2280 M.2 form factor, which means it'll fit into virtually anything: desktop PCs, laptops, ultrabooks, and mini-PCs. The PCIe 3.0 x4 interface allows it to reach not-so-entry-level read speeds of up to 3.3GB/sec (3300MB/sec) and writes of up to 2.6GB/sec (2600MB/sec). 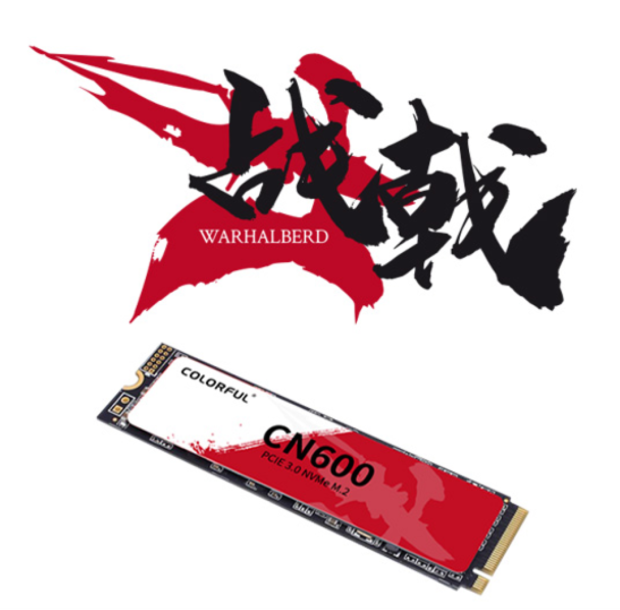