NASA has just hired 24 theologists, who will be assessing how the human race would react to the discovery of alien life on other planets... and how it would impact religion, our gods, our creation, the fabric of our existence would change. We wouldn't be alone. 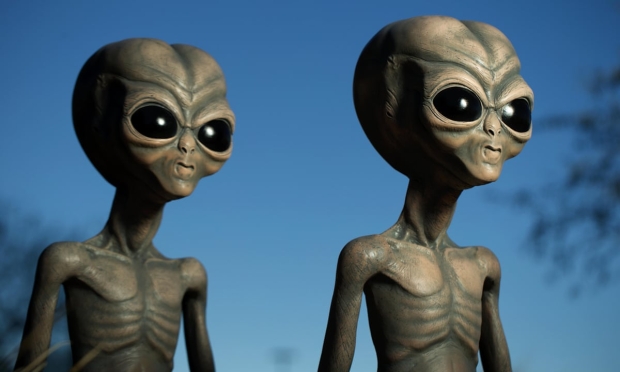 The US space agency is hiring 24 theologists who will join their program at the Center for Theological Inquiry (CTI) at Princeton University in New Jersey, where NASA awarded them a $1.1 million grant back in 2014. The CTI describes itself as building "bridges of under understanding by convening theologians, scientists, scholars, and policymakers to think together - and inform public thinking - on global concerns".

The group will be tasked with some of the most impossible -- and sought after -- questions of our existence. What does it mean for humans? What do we consider the differences between aliens and humans, depending on the aliens we discover as they will all be different? What about possibly sentient life in other places, possibly even here on Earth.

Rev Dr Andrew Davison, a priest and theologian at the University of Cambridge explained: "Religious traditions would be an important feature in how humanity would work through any such confirmation of life elsewhere. Because of that, it features as part of NASA's ongoing aim to support work on 'the societal implications of astrobiology', working with various partner organizations, including the Center of Theological Inquiry at Princeton".

"The headline findings are that adherents of a range of religious traditions report that they can take the idea in their stride. Non-religious people also seem to overestimate the challenges that religious people . . . would experience if faced with evidence of alien life".

Duilia de Mello, an astronomer and physics professor at Catholic University said: "If we are the products of creation, why couldn't we have life evolving in other planets as well? There's nothing that says otherwise".

NASA is preparing for the big launch of its exciting James Web Telescope, which will be scanning the galaxy, stars, and planet formations in the universe -- including the two rovers that NASA has on Mars, as well as the probes orbiting both Jupiter, and Saturn. NASA is confident it is on the way to discovering alien life, in what feels like it's ripped right out of Zack Snyder's Man of Steel -- where General Zod is in lower earth orbit and blasts a message out to the planet saying "you are not alone".

All before the big reveal of Kal-El aka Superman, an alien from the planet Krypton.