Microsoft is bringing the metaverse to Xbox, but their approach will remain the same as it is now: Put gamers at the center of everything. 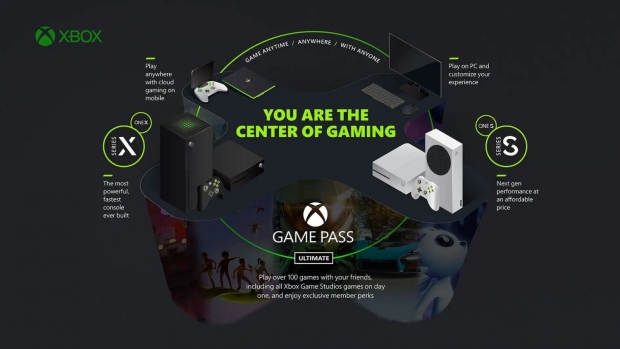 Microsoft has built a billion-dollar service empire out of one core concept: Gamer-centric delivery. First Microsoft used Windows to connect Xbox consoles to PC, then they created Project xCloud to deliver games to laptops, phones, and tablets. Now they're using services--what they're best at--to deliver games on multiple platforms. The ethos that drives this ever-spinning billion-dollar flywheel (Xbox gaming made $15 billion in FY21) is basically this: "What's good for gamers is good for a company."

This makes sense and is perfectly rational, if not obvious. Xbox is a gaming division, so it behooves Microsoft to put gamers first (and what are gamers anyway other than engaged consumers?). Microsoft is also applying this concept to its nebulous plans for the metaverse, a new emerging trend that should incorporate all of Xbox's core strengths into one virtualized ecosystem of products, services, content, and most importantly, connectivity.

In a recent interview with Protocol, Xbox's Phil Spencer gave a few reassurances on Microsoft's early plans for the metaverse. We don't know exactly what Microsoft is doing with the metaverse outside of virtualized avatars that allow people to come together with its new Mesh program.

"We're spending a lot of time as leaders coming together talking about the learnings that we've had and how the technical underpinnings might come together. But more fundamental to me is why Microsoft? Like, why is this metaverse that a lot of people are focusing on, why is it better for players? Why is it better for creators?

"I think it's easy for a lot of tech companies to describe why the metaverse might be better for their company. But we've just learned that if we put the player at the center, to use my gaming vocabulary again, and try to build an ecosystem that works around their needs and creator needs, that the platform dynamic will take off." 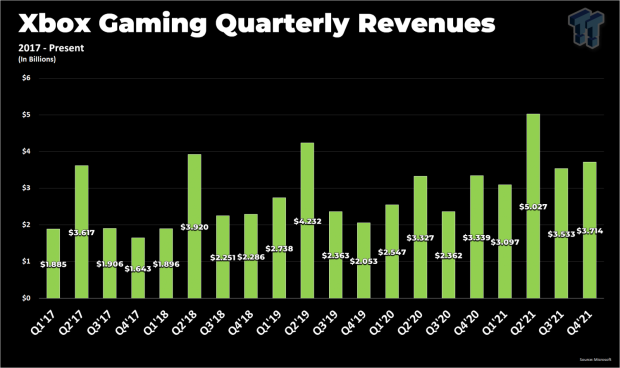 Microsoft is no hurry to push the metaverse and will watch as other major players like Facebook (now named Meta) explore the frontier. Like its plans for VR and AR, Microsoft can simply watch on the sidelines while its Game Pass service-and-hardware-oriented flywheel continues onboarding, ramping, and generating billions in revenues.

After all, Microsoft already has Minecraft, which is essentially a metaverse-like platform of creativity, engagement, and monetization where millions of people come together to play, pay, and build. And, of course, it also has the might of third-party mini-metaverse titans like Fortnite and Roblox contributing royalties every month--an invaluable source of revenues.