Comet Leonard is due to pass by the Sun early next year, and two spacecraft have observed it on its way. 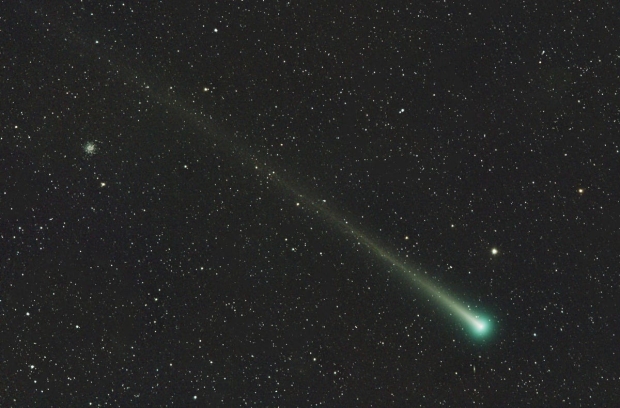 The comet will make its closest pass ever by the Sun on January 3rd, 2022. One of the two Sun-observing spacecraft, watching the comet since early November, is NASA's Solar Terrestrial Relations Observatory-A. The SECCHI/HI-2 telescope aboard observed the ion tail, the trail of ionized gases coming off the comets body, becoming longer and brighter, which you can see here.

The ESA/NASA Solar Orbiter spacecraft also spotted the comet and will continue to observe it until it leaves its field of view on December 22nd, 2021. Captured between December 17th and 19th, the Solar Orbiter Heliospheric Imager (SoloHI) shows Comet Leonard against the backdrop of the Milky Way, with Venus and Mercury also visible in the top right.

You can observe Comet Leonard as it passes through our solar system here on Earth, check out here how to do so.