Erdal Yigit of the George Mason University has published a recent paper in the journal Science, suggesting loss of surface water on Mars is due to more than just solar wind inter 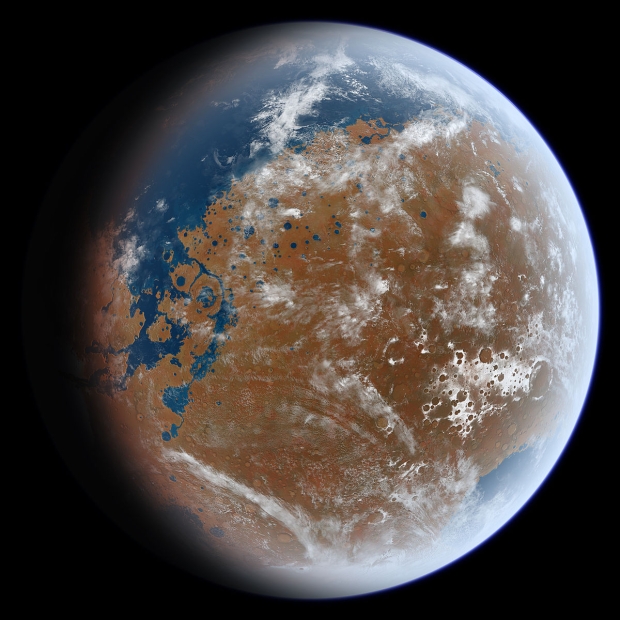 The paper suggests three other factors to consider: gravity waves, convection, and dust storms. Planetary scientists have concluded that Mars' surface used to have lots of water, but it was slowly lost to space as hydrogen over billions of years.

Some prior research suggests that sunlight through the lower Martian atmosphere separated water molecules, leading to hydrogen dissipating away into space. Yigit has suggested there is insufficient evidence for such a straightforward answer.

He proposes that other forces first carried water into the upper atmosphere before breaking apart and leaving Mars, citing recent experiments. The upward movement of water could be due to dust storms, gravity waves, and low altitude convection currents.

Mars probes show that water is still escaping into space, mainly during Mars summers when there are also the most global dust storms. Yigit suggests the storms could have circulated hydrogen after solar radiation split it from oxygen and that gravity waves propagating upwards may have pushed the water higher into the atmosphere.