Mark Zuckerberg has sat down with Vayner Media CEO Gary Vaynerchuk on November 12, 2021, to discuss the next platform shift called the Metaverse or Web 3.0.

Zuckerberg is at the helm of what was formerly called Facebook, and is now Meta, and explains why he thinks the Metaverse is the next big thing on the technological advancement horizon. Zuckerberg explains that, simply put, the Metaverse is a combination between augmented reality and virtual reality. "Virtual reality" can be easily defined as being in an entirely digital world that you can interact in, and "augmented reality" is the virtual world projected onto the world that we see today.

The head of Meta says that the company is investing $10 billion dollars into the future of the Metaverse and that money will be going towards connecting people via this new digital experience. Zuckerberg recounts the timeline of the internet, with its beginning primarily being text-based to its transition to mobile phones with cameras and the shift in focus images. Zuckerberg says that video format is primarily how we share social experiences and that the Metaverse will be what's next.

"There's going to be something after video, and it's going to be much more immersive, and it's going to be something you can do throughout the day. So, you will have virtual reality for when you want to go into a really immersive zone, and you'll have augmented reality to have holograms. You can imagine a version of this conversation three or five years from now where instead of doing this [interview] over video, you're a hologram here in my living room, or I'm a hologram in your living room," said Zuckerberg.

For someone that is still a little bit confused about what the Metaverse is and the possibilities of the technology, I would advise you to watch the entire video as Zuckerberg does a fantastic job of giving real-world applications for the technology. 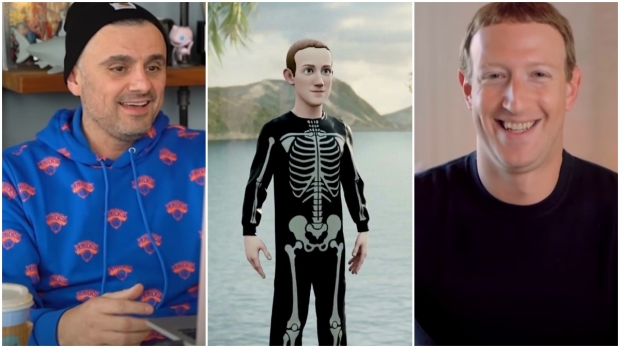