Intel's new Arc a380 GPU has been teased in a new tweet, where it will reportedly have performance in the vicinity of NVIDIA's mid-range GeForce GTX 1650 SUPER. 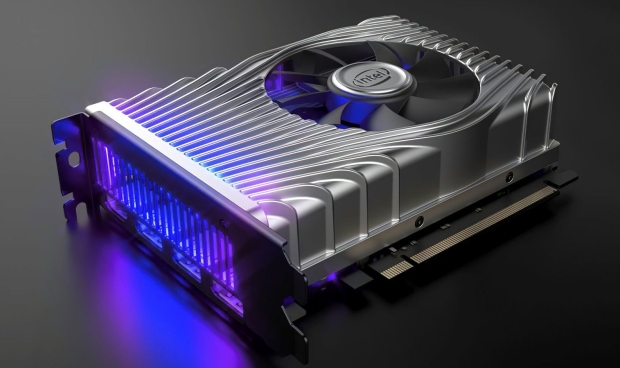 The new tweet is from @TUM_APISAK who says that Intel's new Arc a380 graphics card will have GPU boost clocks of up to 2.45GHz, and 6GB of GDDR6 memory. Intel's new Arc a380 will compete with NVIDIA's purported new mid-range GeForce RTX 3050, and AMD's unreleased Radeon RX 6500 XT.

We should see Intel's upcoming Arc a380 graphics card packing the Alchemist (Xe-HPG DG2) GPU which will have 128 Execution Units (EUs) or 1024 ALUs, all within 8 Xe cores. Intel is fabbing the GPU on TSMC's new 6nm process node, so we should be good for some high GPU clock speeds of up to 2.45GHz, even on a lower-end card like the Intel Arc a380.

As for the VRAM situation, Intel is likely to use 6GB of GDDR6 on a purported 96-bit memory bus, so with 16Gbps GDDR6 modules used we should have up to 192GB/sec. Intel should have a decent 75W TDP on the Arc a380 graphics card, with no need for external PCIe power connectors, another nice touch.

We should see AIB partners putting their own spin on the Intel Arc a380 as well, so if the reference Arc a380 is doing up to 2.45GHz we might see OC models from the likes of ASUS at 2.5GHz and above. Pricing should be somewhere in the $200 to $250 range.