Cyberpunk 2077 is already one of the best-looking games on the PC, especially when you've got the CPU and GPU hardware to handle it maxed out with ray tracing and DLSS enabled. But what about with the unreleased DLSS 2.3 update, and over 50 mods? Check it out:

Digital Dreams is using an NVIDIA GeForce RTX 3090 graphics card at 4K with DLSS 2.3 enabled on Cyberpunk 2077, as well as adding over 50 mods and turning up every single visual dial to maximum. The result? Absolute pixel beauty. I mean, it looks so damn good it makes me want to properly fire up Cyberpunk 2077 and play it through like this.

It's not completely flawless, but Cyberpunk 2077 has never looked better. It makes all the work developer CD PROJEKT RED put into the game stand out even more, and look far better in some (more so than others, really) and absolutely drool-worthy in other locations and situations in Cyberpunk 2077 as they explore the city in its improved graphical beauty.

PC gamers are able to enjoy the visual spoils of Cyberpunk 2077 in its vanilla form, with ray tracing + DLSS on GeForce RTX 30 series graphics cards, or with 50+ mods and a bunch of other tweaks to the game that make it look out-of-this-world good. 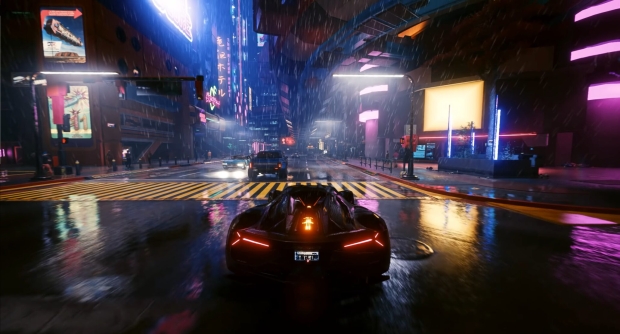 Meanwhile, next-gen console owners with the Sony PlayStation and/or the Microsoft Xbox Series X/S are out of luck... Cyberpunk 2077 is still not available on next-gen consoles just yet, with developer CDPR recently saying they're still good for a Q1 2022 release.

CD PROJEKT RED explains: "With Cyberpunk 2077, we're currently at the test stage, so we have to be sure that what we are releasing is in a very, very good shape and this requires substantial effort since the next-generation version includes graphical updates exploiting the potential of the new consoles along with a set of system-level improvements. I'm talking about systems that are general to the game, not a revolution, but still, they can interact with other systems so we have to be sure that there is no regression whatsoever and mostly for this, we need some extra time for testing".