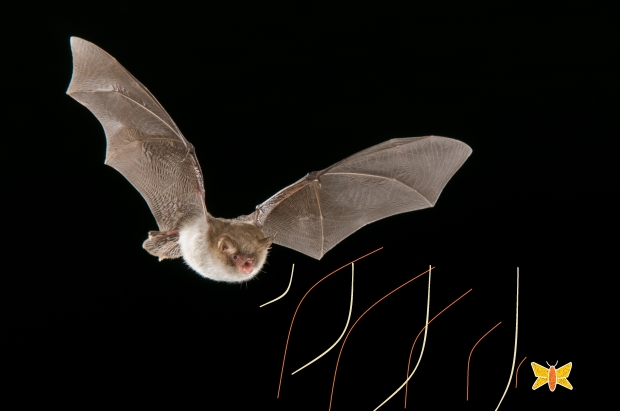 Echolocating bats will amalgamate echos from prey to determine their size, distance, shape, and density, ultimately helping them identify what they are tracking and decide if they will pursue it.

"Prey with erratic flight maneuvers and clutter in the environment does lead to an accumulation of errors in their prediction. If the target does not appear where the bat expects it to, they will start searching again," said Salles.