The Russian cargo ship "Progress 78" has departed the International Space Station (ISS), freeing up space for the inbound Prichal module. 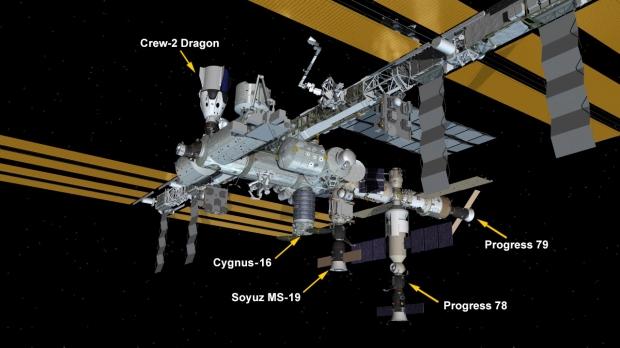 Also known as Progress MS-17, Progress 78 launched on June 29th, 2021, to the ISS, delivering over 3,600 pounds (1,630 kilograms) of supplies two days after it launched. Progress 78 undocked from Russia's Nauka science module at 11:22 UTC, November 25th, set on a destructive trajectory into Earth's atmosphere. A new Russian docking port module named Prichal (Russian for "pier") is set to take its place, launching toward the ISS on November 24th.

Prichal's role will be for "testing architecture for potentially permanent settlements in space" according to RussianSpaceWeb.com. Another Progress spacecraft is bringing the Prichal module to the ISS, after which it will undock from Prichal and meet the same fate as Progress 78. Progress 78 was expected to burn up upon re-entry to Earth's atmosphere above the Pacific ocean, roughly four hours following undocking.

The Prichal module is scheduled to dock at the ISS at 15:26 UTC on November 26th, an event which NASA will be livestreaming beginning at 14:30 UTC. Check it out on NASA's website!