In a new study published in Nature, researchers have synthesized a new form of ultrahard carbon glass. 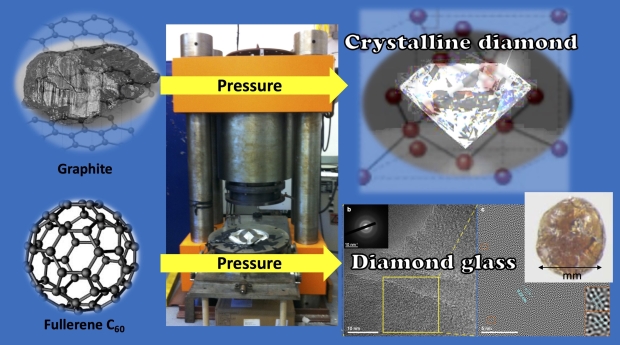 This new form of glass is the hardest known and has the highest thermal conductivity of all glass materials. The properties of a material are a consequence of its arrangement at an atomic level. Carbon atoms can combine in many configurations, separated into two categories: crystalline, forming ordered and repeating lattice structures, or amorphous, which are seemingly more random and disorganized.

"The synthesis of an amorphous carbon material with three-dimensional bonds has been a long-standing goal. The trick is to find the right starting material to transform with the application of pressure," said Yingwei Fei from the research team at Carnegie.

Rather than synthesizing diamond-like glass directly from diamond, the research team started with a form of carbon known as fullerene or the "buckyball" due to its similar structure to a soccer ball. Diamond has an extremely high melting point, but fullerene could be heated sufficiently to break bonds in its chemical structure and induce amorphism, followed by subjection to extreme pressures to transform it into a diamond-like structure. The researchers achieved this pressure using a large-volume multi-anvil press.

"The creation of a glass with such superior properties will open the door to new applications. The use of new glass materials hinges on making large pieces, which has posed a challenge in the past. The comparatively lower temperature at which we were able to synthesize this new ultrahard diamond glass makes mass production more practical," said Fei. 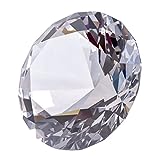