The price of AMD Radeon RX 6000 series GPUs is about to be a little worse, with AMD reportedly ramping up prices of its RDNA 2 cards by 10%. 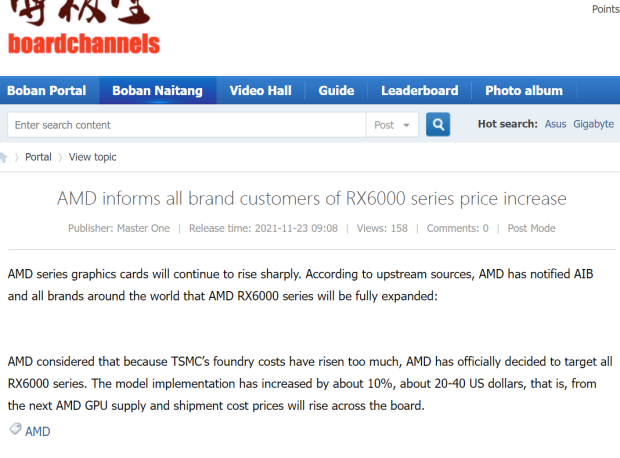 AMD's increased pricing on Radeon RX 6000 series GPUs is reportedly starting with the next batch of GPU shipments from AMD to its AIB (add-in board) partners. We should expect the new pricing to be reflected online and in-store in the coming weeks, right as we lead into the holidays.

There was a 9% increase in pricing of AMD's new Radeon RX 6000 series GPUs in November 2021 over October 2021, and now we have another 10% increase moving into December. TSMC wafer costs increasing are being blamed, so AMD has got no other move to make other than take the hit -- which isn't nice -- or boost pricing (also not nice). 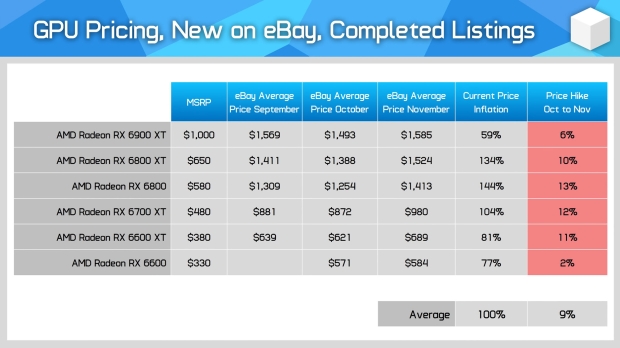 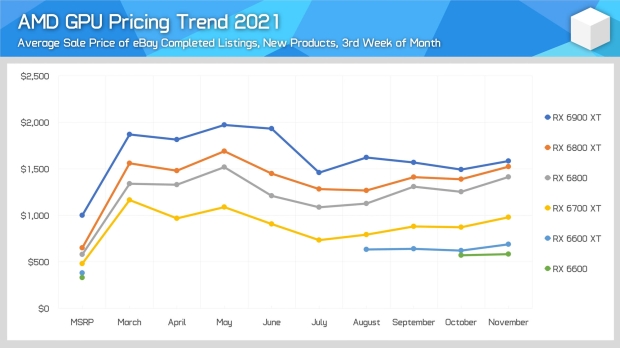 Some of my fellow Aussie industry mates over at Hardware Unboxed have a beautiful chart that displays Radeon RX 6000 series GPU pricing over the last few months and shows the large difference between the MSRP and what you're paying for an RDNA 2 graphics card. 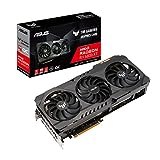