NGC 2024, or the Flame Nebula, is a large star-forming region that makes up part of the Orion constellation and resides roughly 1,400 light-years away from Earth. 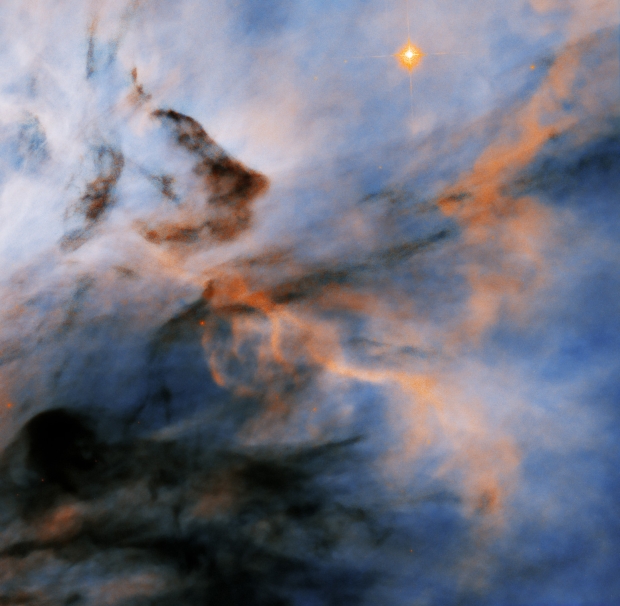 Besides the Flame Nebula, the Orion Molecular Cloud Complex houses other famous nebulae, including the Horsehead Nebula and Orion Nebula. The Hubble Space Telescope (HST) studied the Flame Nebula, looking for protoplanetary disks, or "proplyds." These disks are masses of gas and dust surrounding stars that could eventually grow into a new solar system.

Hubble has confirmed four proplyds within the nebula and four potential proplyds. However, these proplyds are being steadily worn away due to intense radiation from nearby stars. Consequently, these proplyds may never form planets.

Hubble also identified three "globulettes" in the nebula, which are small, dark dust clouds illuminated by the backdrop of bright nebulae. Scientists believe these globulettes may form brown dwarfs, warm objects too massive to become planets but not massive enough to become stars. They could also form other free-floating objects in the universe with similar mass to planets. 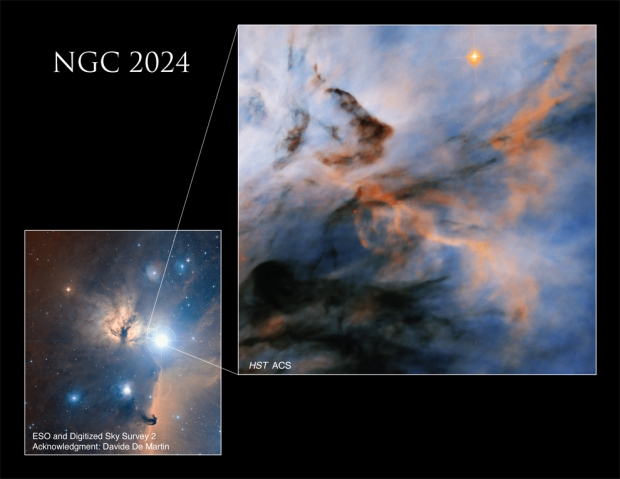 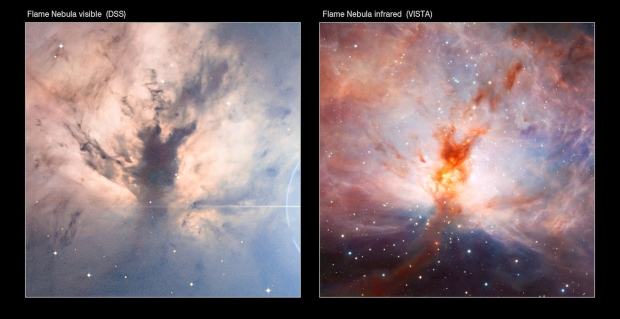 Another image showing the Flame Nebula from the Digitized Sky Survey 2, comparing visible light emissions with infrared. The infrared view allows one to see many bright stars in the vicinity, peering through the dust clouds.