What if the little green men that are commonly perceived as a typical "alien" are really just humans, but from a different period in the evolutionary timeline? 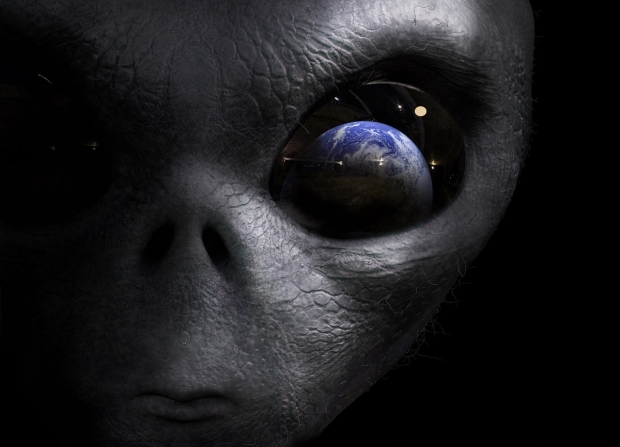 During a recent interview with BBC's Science Focus magazine, Simon Conway Morris, an evolutionary palaeobiologist at the institution's Department of Earth Sciences, said that researchers can say with "reasonable confidence" that human-like evolution has occurred in other parts of the universe and isn't just locked to Earth. Science Focus explains that this thought is derived from the theory of convergent evolution, which is "random effects eventually average out so that evolution converges, tending to produce similar organisms in any given environment."

An example of this would be flight, which "has evolved independently on Earth at least four times - in birds, bats, insects and pterosaurs." Essentially, the theory points towards evolution itself being a law of nature, which would mean that it happens on other planets in the universe, and thus, human-like evolution may be happening on distant planets around the universe right now. Morris goes on to say that if there is alien life out there, it would have evolved in ways "analogous to a human."

Morris said, "One can say with reasonable confidence that the likelihood of something analogous to a human evolving is really pretty high. And given the number of potential planets that we now have good reason to think exist, even if the dice only come up the right way every 1 in 100 throws, that still leads to a very large number of intelligences scattered around, that are likely to be similar to us."