El Salvador has been far out and ahead of the curve when it comes to adopting and advocating for cryptocurrencies, mostly Bitcoin, but this news takes the place.

El Salvador President Nayib Bukele told a crowd on Saturday night during El Salvador's recent Bitcoin Week that the new "Bitcoin City" would be made near a volcano, along the cost of the Gulf of Fonseca. The government plans on placing the power plant near a volcano, which would be great for both mining -- low power costs, great on the environment -- and for the city itself.

The exciting new Bitcoin City would be a "full-fledged metropolis with residential and commercial areas, restaurants, an airport as well as a port and rail service. The city will be laid out in a circle (like a coin) and in the city center will be a plaza that will be host to a huge bitcoin symbol. The city will have no income, property, capital gains or payroll taxes" reports CoinDesk.

The country would also issue $1 billion US in "bitcoin bond" that would act as a tokenized financial instrument developed by Blockstream, on the Liquid Network. $500 million of that will be used to help construction, Bitcoin mining infrastructure, and more -- while the other $500 million would buy even more Bitcoin. 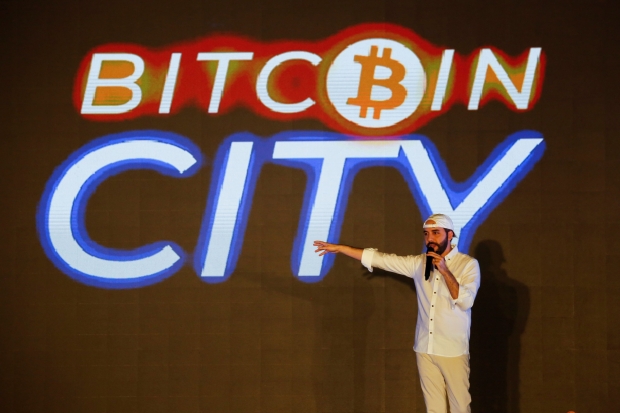