Intel's new flagship Arc Alchemist GPU has been spotted flexing some benchmark muscle on Geekbench, but with low GPU clocks and nowhere near a final driver, this isn't going to beat AMD or NVIDIA right now. 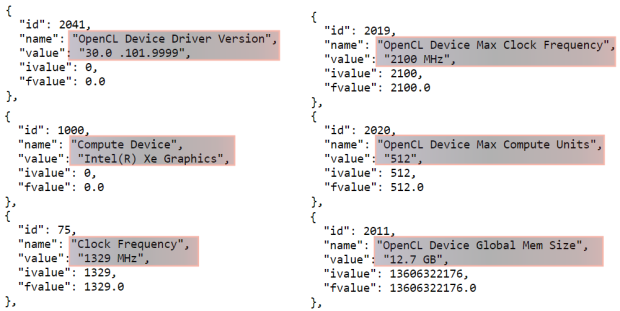 The GPU was spotted with detailed JSON data with 4 benchmark runs, with the GPU itself described as "OpenCL HD Graphics" or "Intel Xe Graphics". This GPU has 512 Execution Units and 12.7GB of VRAM, while the GPU was clocked at 1329MHz which from its max GPU clock of 2.1GHz is 63% lower.

Intel looks like it was testing the Arc Alchemist on an Intel Coffee Lake CPU, with an Intel Core i5-9600K processor, and not their latest 12th Gen Core "Alder Lake" CPU. But rather multiple generations old CPU and motherboard hardware are being used to test the very latest GPU. 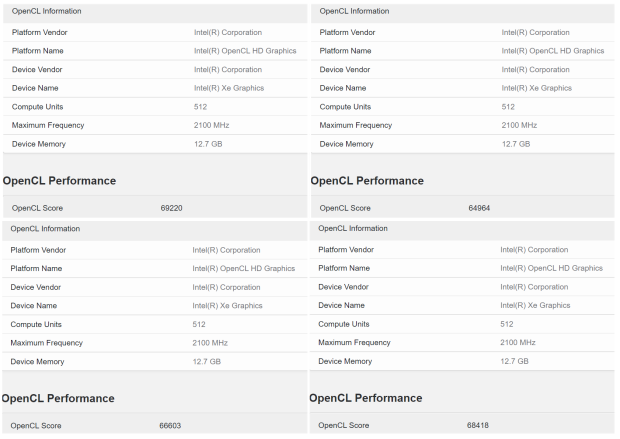 Intel's new flagship Arc Alchemist GPU was gimped with not-so-great drivers and low GPU clocks, scored 69220, 68418, 6603, and 64964 points in Geekbench -- compared to NVIDIA's mid-range GeForce RTX 2060 which isn't too far away from the Intel Arc Alchemist GPU here on the Geekbench results today.