We caught wind that Elon Musk is scheduled to give an interview at the National Academies of Sciences, Engineering, and Medicine, and during it, the SpaceX CEO gave an update on Starship.

Starship is SpaceX's next-generation launch vehicle that is designed to be able to launch a large amount of mass anywhere in the solar system while also taking into account key features such as re-usability, rapid use. Musk gives a brief overview of all of Starships features and goes on to mention that SpaceX is currently preparing for the rocket's first orbital test.

Musk says that the upcoming orbital test has significant risks, saying, "There's a lot of risk associated with this first launch. So, I would not say that it is likely to be successful, but we'll make a lot of progress." However, the SpaceX CEO says that in theory, the designs should work, all of the calculations have been done, and they have "closed" for having a "fully reusable hundred ton to low Earth orbit capability". Musk says that SpaceX is hoping to conduct the first orbital flight for Starship in January, which coincides with the completion of the FAA environmental assessment of the Starbase launch site. He also mentions, "It's the biggest rocket ever, ever designed."

If you are interested in learning more about the updates from Starship, check out the above video and skip to 2:55, where Musk begins talking. 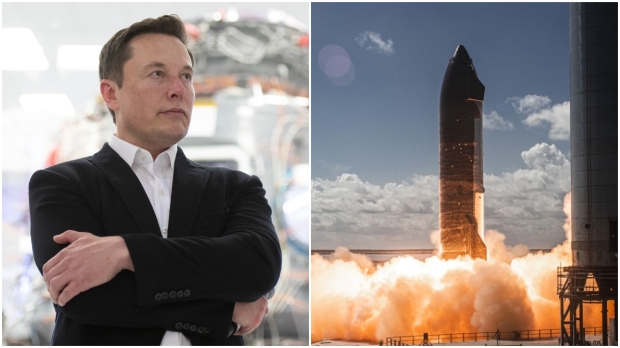