The OPTIMISM rover, shorthand for "Operational Perseverance Twin for Integration of Mechanisms and Instruments Sent to Mars," is a full-scale engineering model of the Perseverance rover currently trawling the surface of Mars, searching for signs of ancient microbial life. 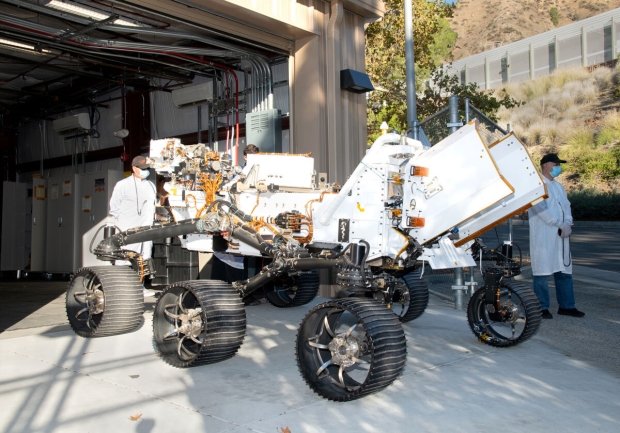 In Southern California, at the Mars Yard of NASA's Jet Propulsion Laboratory, a boulder-laden landscape simulates Mars's terrain that has been a testing site for many a rover twins, beginning with the first Sojourner rover that landed on Mars in 1997. The rover is about the size of a car, and the Mars Yard is roughly as long as a doubles tennis court and twice as wide.

OPTIMISM will be carrying out tasks expected of its twin on Mars to ensure that Perseverance will safely do the same in its mission and identify any potential bugs or issues that would disrupt its regular operation. These tasks include navigating complex terrain, drilling samples from boulders, and storing them in metal tubes, as Perseverance will be doing on Mars.

"The size and shape of rocks in the visual field - will they turn into obstacles or not? We test a lot of that, figure out what kinds of things to avoid. What we have safely traversed around here has informed rover drivers in planning their traverses on Mars. We've done so much testing on the ground we can be confident in it. It works," said Bryan Martin, the flight software and testbeds manager at JPL.

One test involved OPTIMISM arriving on a slope, which it then had to drill into to obtain a sample, successfully doing so.

"There was a possibility that the rover might slip. We wanted to test that first here on Earth before sending instructions to the rover on Mars. That was scary, because you can imagine if you drill this way, and the rover slightly slipped back, the drill could have gotten stuck," said Jose G. Trujillo-Rojas, the Vehicle System Ted Bed systems engineering lead.

However, all of this testing can only help so much with the Perseverance's mission, as the environmental conditions here on Earth differ significantly from those on Mars. Perseverance is designed to withstand freezing temperatures and intense radiation and has thinning wheels owing to Mars' weaker gravity.

"On Mars, we try to keep the rover warm. Here, we're trying to keep it cool," said Trujillo-Rojas.

In the coming weeks, Perseverance will be exploring the Jezero Crater on Mars, continuing its search for life on the Red Planet. 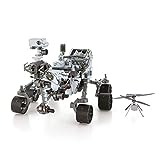