Volition has pushed back the new Saints Row reboot to August 2022 to ensure it will be "fucking awesome". 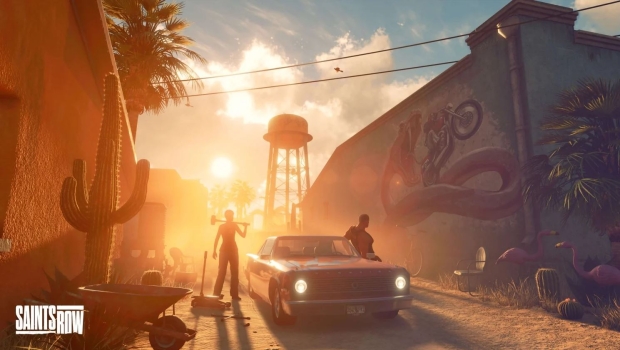 Today Volition and Embracer Group have delayed the upcoming Saints Row game from February to August 2022. The game will now launch during the Q3 period on August 23, 2022, roughly six months after its planned release. The reason is add more polish to the game but no core gameplay mechanics will be adjusted or altered. This is the second time the game has been delayed.

"Saints Row will no longer release on the originally announced date of February 25, 2022, instead it will launch worldwide on August 23, 2022.

"Our priority is to create the best Saints Row game yet and, if we released it on the original date, it wouldn't be up to the standards we've set ourselves and that you're expecting and deserve. The team just needs more time to do our vision justice. We're doing some fine tuning and there won't be much change in the game outside of overall quality and polish."

Embracer had this to say about the delay in their earnings report:

"In order to put the product quality first and optimize the outcome for all parties - gamers, employees, shareholders - we have decided to postpone a number of releases from FY 21/22 to FY 22/23. This includes Saints Row and another unannounced but earlier expected AAA title in the fourth quarter."

Welcome to Santo Ileso, a vibrant fictional city in the heart of the American SouthWest. In a world rife with crime, where lawless factions fight for power, a group of young friends embark on their own criminal venture, as they rise to the top in their bid to become Self Made.

Experience the biggest and best Saints Row playground ever created; the unique sprawling world of Santo Ileso is the backdrop for a wild, larger than life sandbox of thrilling side hustles, criminal ventures and blockbuster missions, as you shoot, drive, and wingsuit your way to the top.