Perseverance has officially collected its third sample of Martian soil, and this time around, the rover has collected something unexpected that has sparked hypotheses to fly among NASA scientists. Images of the sample collection have been posted to the Perseverance Twitter account, which is captioned, "My latest sample is from a rock loaded with the greenish mineral olivine". However, researchers are yet to find out how the mineral got there.

Futurism reports that olivine minerals are found on Earth in solidified places of lava or magma. NASA scientists are attempting to find a correlation between olivine minerals and carbonates, which form when carbon dioxide interacts with water. As for this sample of olivine, we will have to wait for an explanation for how it got there as NASA scientists work their magic analyzing data and throwing hypotheses around. The Perseverance team will undoubtedly update us with an answer in the coming weeks/months. 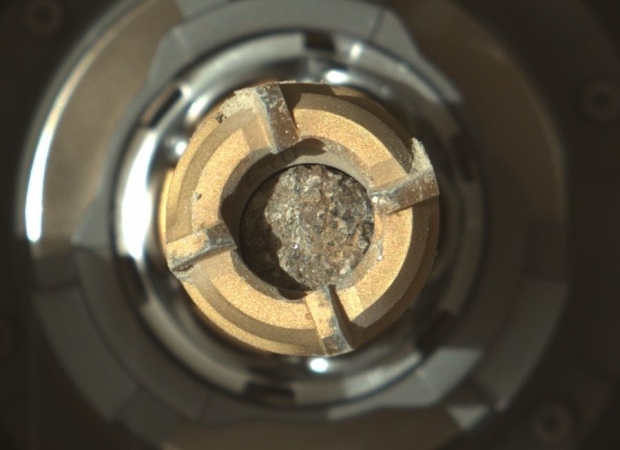