SpaceX is currently gearing up for its first orbital test of Starship, its vehicle that is set to be the transportation between the Moon and Mars.

SpaceX is in full testing mode at the moment in preparation for Starship's first orbital test flight that will take the rocket higher than it ever has before. Starship is comprised of three main parts, the 160 ft spacecraft named Starship, a 230 ft tall booster named Super Heavy, and its 59 ft tall and 30 ft wide payload fairing. Recently, SpaceX conducted a 6-engine static fire test of Starship, showcasing the tremendous power of its six Raptor engines. To see incredible images of that firing test, check out this link here.

As SpaceX wait for approval from the Federal Aviation Administration (FAA) to conduct the first orbital test of Starship, SpaceX CEO Elon Musk has published an awesome image of under Super Heavy with the caption "12 million pounds of thrust at liftoff". In response to this image, a Twitter user said, "Can't wait for Raptor 2, it's still a rat's nest up there", which is in reference to the exposed Raptor engines that can be seen in the image. 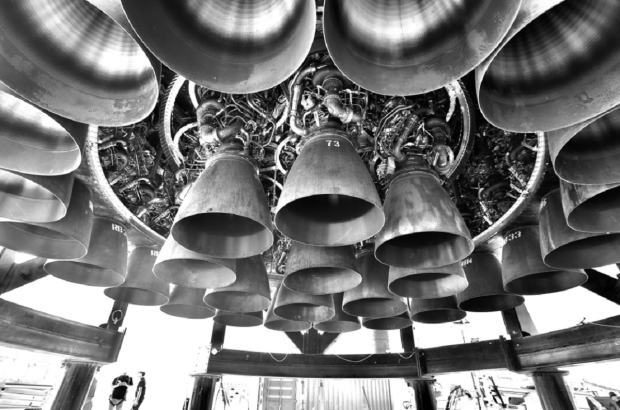 Musk replied to the comment and said that the original design of the Raptor engines seen in the image won't be used for SpaceX's next-generation Raptor 2 engines that Musk says "can actually make life multi-planetary" and that a "complete design overhaul is necessary". Musk even states that SpaceX's next-generation engines "won't be called Raptor".

Here's what Musk said, "True, although it will look clean with close out panels installed. Raptor 2 has significant improvements in every way, but a complete design overhaul is necessary for the engine that can actually make life multiplanetary. It won't be called Raptor."