As the universe continues to expand, a new study has been published detailing a hypothesis called "cosmological coupling" that could explain the disparity between the expected size of black holes and what scientists have observed. 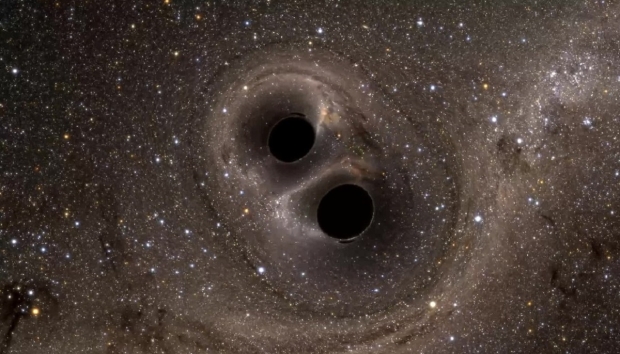 Black holes are estimated to have masses of ~40 times that of our sun, yet this is not what we see from observations using gravitational wave detections from the Laser Interferometer Gravitational-Wave Observatory (LIGO) and Virgo interferometer. The gravitational waves detected from black hole mergers have been used to estimate the sizes of many black holes as more than 50 solar masses, with some approaching 100 solar masses.

The hypothesis asserts that coinciding with the universe's expansion following the Big Bang, all objects within it grow in mass. While other scientists have modeled black hole mergers in static universes to simplify complicated equations, the authors of this study did so in an expanding universe. Simulating the activity of stars and their life cycles, culminating in the formation of black holes, predicted black holes within this universe that better resembled the findings of the current LIGO-Virgo data.

"Cosmological coupling does apply to other objects and material in the universe, but the strength of the coupling is so weak that you cannot see its effects. For the types of black hole we have hypothesized, the coupling can be a million times larger than what you'd expect from the core of the sun. And even for these sorts of black holes, you might have to wait hundreds of millions of years to just double your mass," said Kevin S. Croker of the University of Hawaii at Mānoa, the first author of the study.

As technological improvements continue to be implemented into LIGO and Virgo, these hypotheses will be tested further, hoping to uncover more about the nature of black holes and the universe.