NASA, the European Space Agency (ESA), and the Canadian Space Agency (CSA) are inching closer to getting the extremely delicate James Webb Space Telescope on the launch pad. 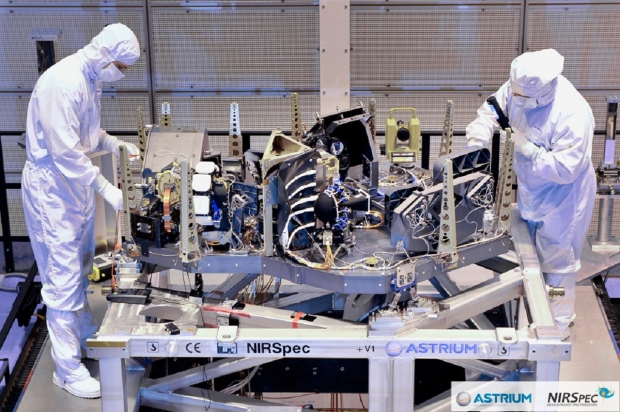 In a new blog post on the NASA website, it's announced that one of Webb's core instruments has been checked by engineers and is ready for use. According to Pierre Ferruit, the scientific lead on Webb's Near-Infrared Spectrograph (NIRSpec) instrument, this instrument is an example of an international effort between space agencies as the instrument is built by European industrial companies with components from NASA, much like Webb itself.

So, what will this instrument do? Ferruit explains that NIRSpec will allow researchers to examine and analyze the properties seen in images of distant galaxies. The instrument will do this by splitting the infrared light into different shades that is called a spectra. Ferruit says, "Analysis of these spectra will tell us how distant these galaxies are, what type of stars they contain, what is the relative abundance of life-giving elements such as oxygen and carbon in their interstellar gas, and much more." 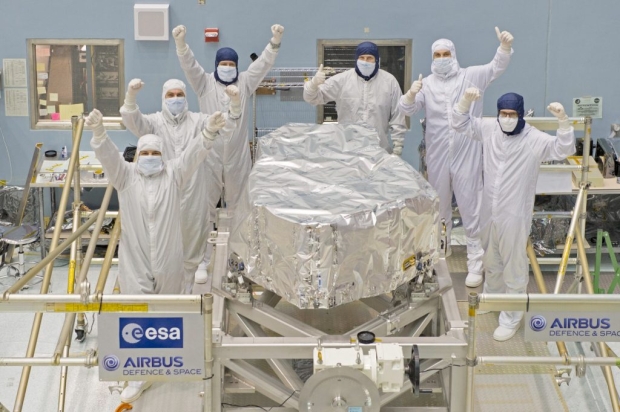 The James Webb Space Telescope is scheduled to launch late next month. If you are interested in reading more about Webb, check out this link here.