Researchers may have found the origins for the mysterious quasi-satellite that orbits Earth called Kamo'oalewa. 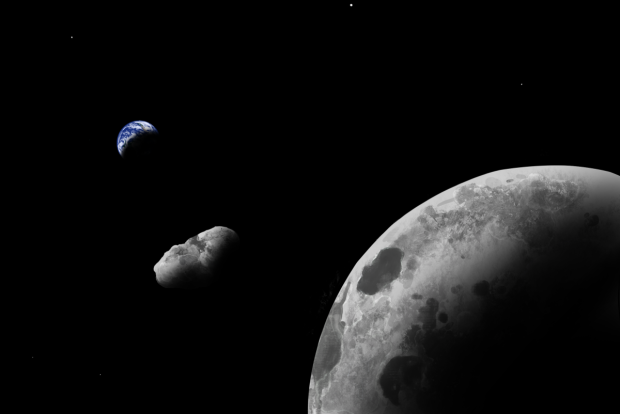 A new study published in Nature details a team of researchers using the Large Binocular Telescope and the Lowell Discovery Telescope to observe the object Kamo'oalewa. The researchers observed the object in several wavelengths and what they found was that the object's colors didn't match up to what a regular asteroid would display. This surprised the researchers as it was assumed that the object was an asteroid trapped inside Earth's gravitational pull.

Benjamin Sharkey from the University of Arizona, and lead author on the study, said, "It doesn't look like what we would have expected if it was just a 'regular' asteroid. We looked at almost 2000 spectra of other near-Earth asteroids, and none of them matched." After comparing the colors to several different types of asteroids, the researchers then compared the results to samples of moon rock that were brought back from the Apollo missions.

The results matched, leading the researchers to suggest that the quasi-satellite stuck in Earth's orbit for the next 300 years is a fragment of the Moon, likely a piece of the surface that has broken off from a meteor collision.

Vishnu Reddy from the University of Arizona and author on the study said, "It's a kind of missing piece of the puzzle. We have meteorites on the Earth, we have holes on the Moon where some of those rocks came from, and this might be the piece in between."