According to leaker Greymon55, AMD's new Rembrandt-H might be limited to just 8 cores but things will be ramping up considerably with Phoenix-H which will be made using the new Zen 4 architecture and on the new 5nm process node. AMD's codename Phoenix-H will have up to 8 cores, 16 threads, and a TDP of less than 40W.

But after that, AMD's new codename Raphael-H processor will use the same Zen 4 architecture and 5nm process node, but ramp up core counts considerably: up to 16 cores and 32 threads with a TDP of over 45W. AMD's new "Raphael" platform will be on both the desktop and laptop, upgrading to the Zen 4 architecture, new AM5 platform, DDR5 support, an integrated Navi 2-based GPU and so much more. 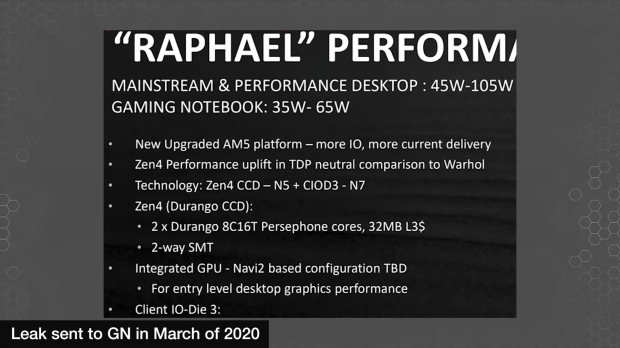 We should expect next-gen desktop-focused AMD "Raphael" CPUs on the desktop with TDPs between 45W and 105W, while gaming notebooks will have TDPs between 35W and 65W. We might see AMD unlock the 16 core limit for the desktop side of things, but we don't know about that just yet.