Some social media users and tourists are taking it upon themselves to inspect the simulated Mars base that is being used for research purposes. 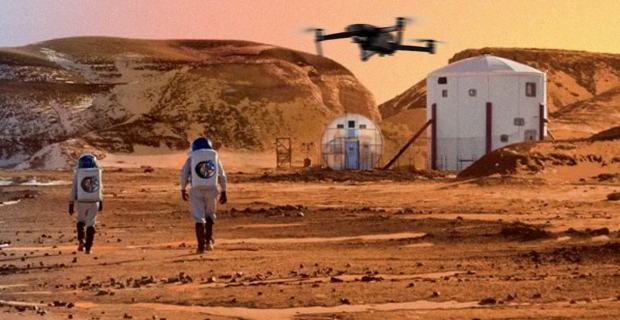 In an op-ed published in Space.com, Dr. Shannon Rupert, the director of the Mars Desert Research Station (MDRS) that she has chased more people off the premises than welcomed them. The MDRS used the Utah desert to create a simulated Mars environment that is used to conduct research that will become valuable information for future astronauts that may live on Mars one day.

The director explains that some people are just tourists and are very polite, while others have resulted in the local police being called and them being removed from the property. Additionally, Dr. Rupert writes that some intruders are using drones to take images of the area to post online, which only attracts more curiosity from the public.

Dr. Rupert wrote, "Making this Mars simulation as realistic as possible is key to that research" and what "hinders that effort are drones filming crew members from outside their windows, or people wandering around the facility, poking their heads in buildings or sitting on the hill just outside the front airlock before daybreak."

Adding, "Future astronauts on the Red Planet will experience a level of isolation that no human has ever gone through, and a large part of MDRS research, led by its crews, focuses on that challenge."

If you were thinking about going and trying to find the MDRS, please don't. You will be tampering with research that will one day be used to get the human civilization to a new planet.