The Sun has seen a lot more activity than what usually occurs recently as our solar star moves further into the most active part of its 11-year solar cycle.

Researchers are estimating that there will be a variation in the number of sunspots that appear on the surface of the Sun and that the activity will reach its peak sometime in 2025. As a result of the increase in solar activity, the Sun has been emitting flares and CMEs more often, some of which have impacted Earth directly, causing minor to moderate geomagnetic storms that create spectacular auroras in the night sky.

European Space Agency's astronaut Thomas Pesquet tweeted out an image of one of these auroras and said that the team was able to experience "the strongest auroras of the entire mission, over North America and Canada." The aurora that Pesquet witnesses was caused by a series of outbursts from the Sun that happened last week. The outbursts occurred in quick succession, with the second was traveling much faster than the first, resulting in the first being cannibalized and a larger cloud being created. 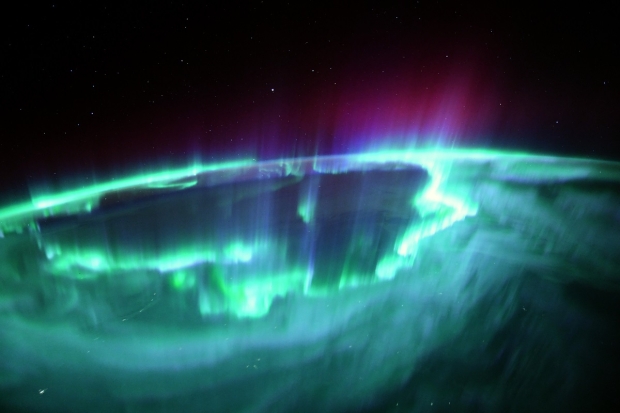 To learn more about how these auroras are created, check out some of the below links.

Read more: Officials warn the Sun is waking up, here's what you can expect

Read more: Three blasts from the Sun to hit Earth very soon, one is 'cannibal'