AMD CEO and President Dr. Lisa Su herself teased the next-gen AMD Instinct accelerator, as well as next-gen AMD EPYC CPUs that will be unveiled during their Accelerated Data Center Premiere on November 8 at 11AM ET.

In a new tweet, AMD CEO Dr. Lisa Su said that she was "looking forward to showcasing" AMD's upcoming EPYC and Instinct accelerators and that the world should join her and AMD on November 8 at 11 AM ET for the big unveiling event. We should see the new AMD Instinct MI250X accelerator, which will be the world's first MCM-based (multi-chip module) GPU with up to 128GB of super-fast HBM2e memory.

AMD's purported Instinct MI250X accelerator will be the first MCM-based GPU, with the codename Aldebaran GPU featuring 2 x Compute Tiles with 110 Compute Units and 128GB of HBM2e memory that should spit out a considerable amount of memory bandwidth per second. We should see a gigantic 383 TFLOPs of FP16 compute performance, which blows away the Instinct MI100 with its 185 TFLOPs of compute performance. 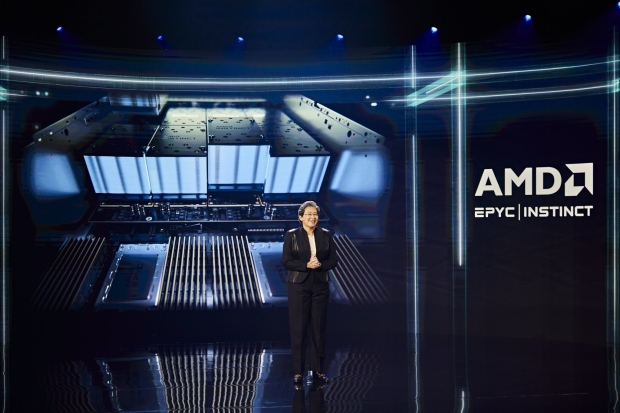