Three bursts from the Sun have been observed, and these bursts are heading towards Earth. Officials expect an impact very soon. 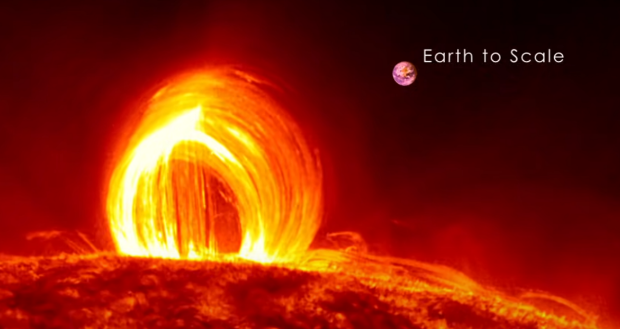 The Sun can launch what scientists call coronal mass ejections (CME) from its surface, which are large expulsions of plasma and magnetic field that usually come after a sunspot, knots in the Sun's magnetic field, erupt. Officials at the NOAA Space Weather Prediction Center confirmed that on November 1 and November 2, a sunspot called AR2887 released two of these CMEs, which was followed by a third CME from sunspot AR2891.

The first two blasts from the Sun are moving much slower than the third, as the third ate its way through the first and second. All three of the CMEs are on track to hit Earth, with arrival times for the large CME to be on November 3. Officials also warned that the CME impact might produce minor to moderate geomagnetic storms in Earth's upper atmosphere that can cause disruptions for power grids, satellite orientations, GPS communications, and more. On a more positive note, the CME impact can also cause beautiful auroras, such as this one.