A new image snapped by the Hubble Space Telescope has been published by NASA, and it showcases a mysterious nebula.

The nebula is called N44, and it's located about 170,000 light-years away from Earth. The nebula is known for its dark, distinctive region that NASA describes as a "superbubble" - this region can be seen in the upper center of the image. The "superbubble" spans a distance of about 250 light-years, and the reasoning for how it came to be what it is today is still being figured out by researchers.

Researchers suspect that the stellar wind from massive stars within the bubble has pushed out the gas from the interior, however, this hypothesis is "inconsistent with measured wind velocities in the bubble." Another theory is that massive stars within the gap exploded in violent supernovae that "sculpted the cosmic cavern." Another distinctive feature is the deep blue area located at the 5 o'clock mark of the mysterious gap. This deep blue area is one of the hottest regions of N44 and one of the most intense for star formation. 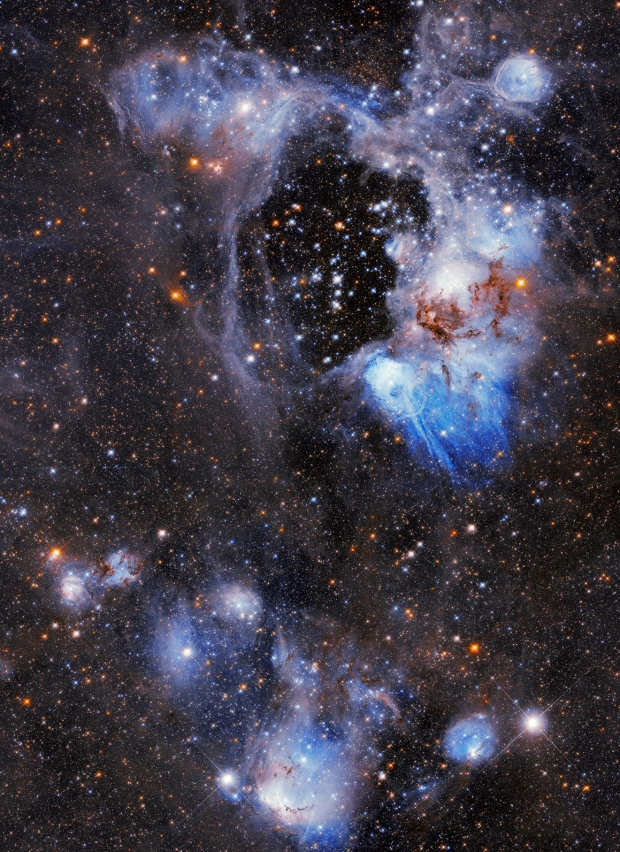 If you are interested in learning more about this emission nebula, check out this link here.

Read more: NASA explains what a nebula is with four incredible pictures

Read more: Hubble captures a phenomenal image of the 'Ghost of Cassiopeia'