It's "Nebula November", so expect a lot of incredible images of nebulas spotted by NASA's space telescopes!

To kick the month off strongly, NASA has released an image that was originally taken in August 2016 by the Hubble Space Telescope. Introducing the "Ghost of Cassiopeia" - officially named IC 63. This nebula resides in the constellation Cassiopeia the Queen, 550 light-years away from earth. The nebula has long veils of gas and dust, and features an eerie glow that NASA says may remind some people of "apparitions such as those reported by paranormal investigators".

Nothing paranormal is occurring here, as the space agency states that the glow is a result of hydrogen being bombarded with ultraviolet radiation from the nearby blue-giant star Gamma Cassiopeiae which isn't in this image. The interaction between the ultraviolet radiation and the hydrogen causes a red glow, while the blue glow is caused by light reflecting off the dust surrounding the nebula. If you are interested in reading more about the Ghost of Cassiopeia nebula, check out this link here. 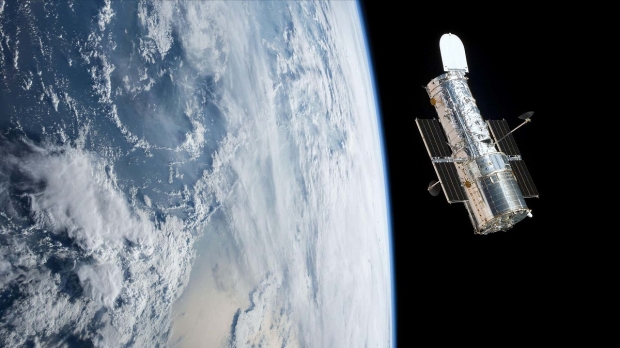