Since May 14, China's Zhurong rover has been exploring the Utopia Planitia, its landing location. Now it needs some help getting its collected data back to Earth for researchers to interpret. 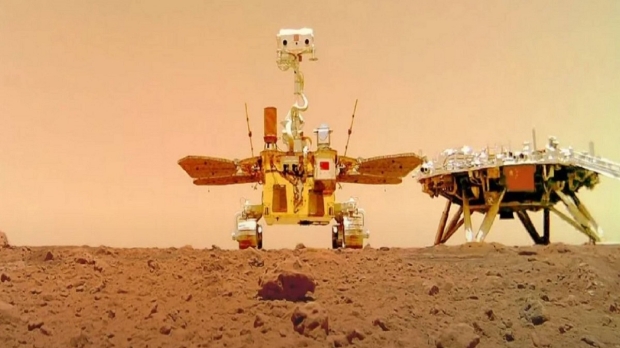 China's Zhurong has been slowly gathering vital information about its surroundings and can't get the recorded data back to Earth on its own as it doesn't have the equipment to transmit data directly back to Earth. The reason for this is because the instruments would take up too much space on the rover, which is used for other space experiments. Instead of transmitting the data itself, Zhurong relies on the service provided by orbiters such as the European Space Agency's Mars Express.

The rovers are equipped with radios to transmit the data to an orbiter that then relays the message to Earth. Between the space agencies, it's reported that it's "common practice" to share orbiter information in order to get vital research information back to Earth efficiently. Beginning in November, ESA's Mars Express will undergo five listen and relay attempts that will include the orbit listening and recording any signals it "hears" when it passes directly over the Zhurong rover, which will be transmitting its signal "out loud".

Once Mars express "hears" the message, it will rotate itself directly towards Earth and relay the message back to researchers.

If you are interested in learning more about this, check out this link here.