The space located around Earth is exponentially filling up with junk from rocket parts and broken satellites, and if the issue isn't solved, the polluted space may result in a hindrance to humanity's space exploration. 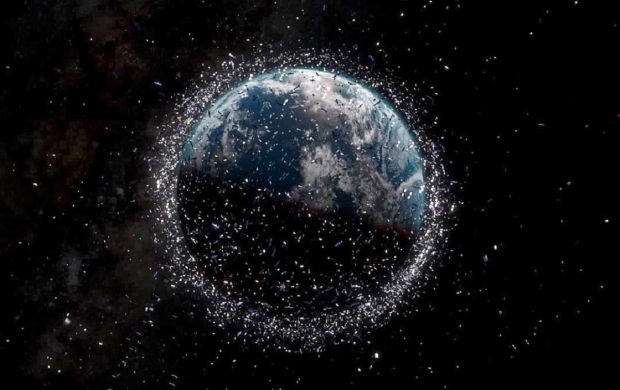 In 1979 NASA scientist Donald J. Kessler proposed what was dubbed the "Kessler syndrome", which is a scenario that could unfold when the number of objects within low Earth orbit becomes so dense that the likelihood that it increases the the the point where it's more likely further collisions will occur, causing a cascade effect of debris collisions throughout low Earth orbit. Researchers are proposing new ideas to clean up low Earth orbit to prevent this tragic domino effect from happening. One suggestion may be to use magnets that can manipulate the debris.

A new study published in the journal Nature by researchers at the University of Utah details the use of spinning magnets equipped by robots. These robots would be able to push space debris down into Earth's atmosphere, where they would then burn up upon re-entry, removing the need for the robot to collect them physically. The team of researchers was able to demonstrate with the technology that they were able to manipulate debris in six degrees of movement, including rotation.

Jake J. Abbott, the lead author of the study, said, "You have to take this crazy object floating in space, and you have to get it into a position where it can be manipulated by a robot arm. But if it's spinning out of control, you could break the robot arm doing that, which would just create more debris."

"What we wanted to do was to manipulate the thing, not just shove it but actually manipulate it like you do on Earth", said, Abbott. "That form of dexterous manipulation has never been done before."

Abbott also said, "NASA is tracking thousands of space debris the same way that air traffic controllers track aircraft. You have to know where they are because you could accidentally crash into them. The U.S. government and the governments of the world know of this problem because there is more and more of this stuff accumulating with each passing day."