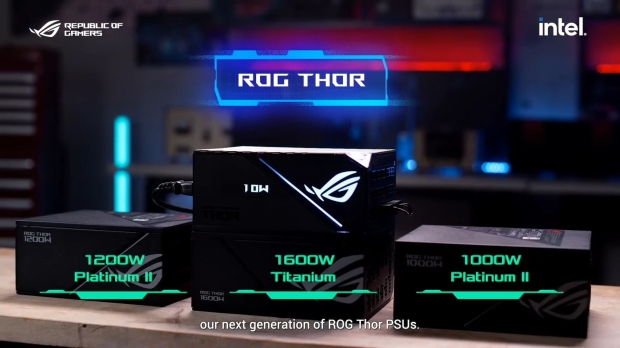 You're not going to buy the new ASUS ROG Thor 1600W Titanium PSU for your GeForce GTX 1650, you're meant to have this with a new system... something like the just-announced Intel Core i9-12900K processor and NVIDIA GeForce RTX 3090 Ti graphics card, which isn't quite out yet. 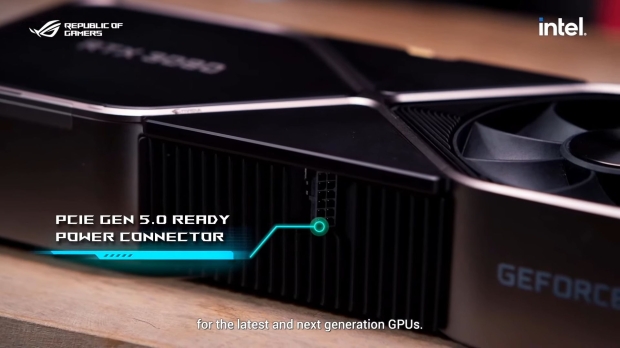 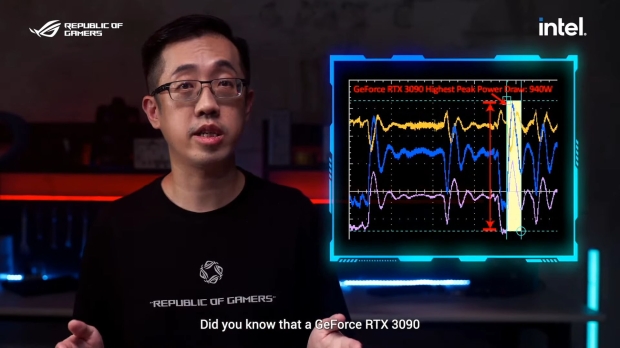 ASUS explains: "The ROG Thor series isn't just poised to provide clean, reliable power in large quantities today. They'll prepare your PC for the future, too. The PCI Express 5.0 standard includes a new high-capacity auxiliary connector that packs 12 conductors into a single cable. For assured compatibility with components that use this future connector, we're including one in the box with each ROG Thor PSU to make life easier for system builders that can take advantage of these durable PSUs for the long haul".

ASUS used NVIDIA's current flagship GeForce RTX 3090 as an example of high peak power draw, which at times can be sucking down 940W. ASUS ROG Thor power supplies are able to sustain power without any blackouts during typical usage. 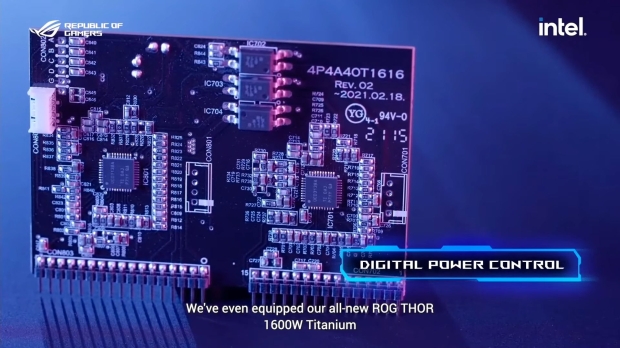 There will be other models other than the 1200W enthusiast PSU, with 850W, 1000W, and 1200W PSUs in the slightly lower-end but still crazy high-end ROG Thor Platinum II range.

ASUS keeps that awesome signature ROG style with the inclusion of their trademark OLED power display on the new ROG Thor 1600W Titanium PSU. It will show you the system power draw of your PSU, or even if a program or component is drawing more power than it should. There's RGB lighting here, too.