Microsoft makes history with a new all-time record for Xbox's Q1 revenues, driven by a massive spike in console sales. 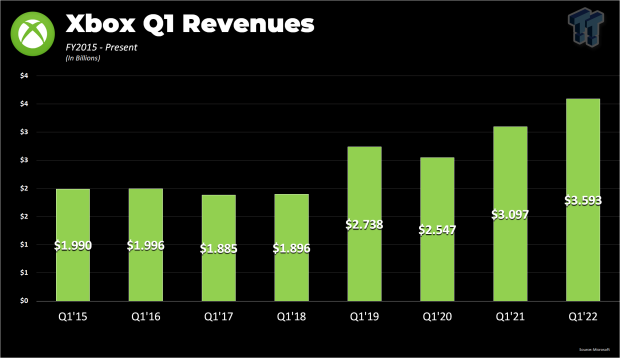 Microsoft kicked off its Fiscal Year 2022 with a bang. Xbox earnings hit $3.593 billion, up 16% year-over-year and a new high for any Q1 period in the history of Microsoft gaming. Microsoft says this uptick in revenues was driven by a huge 166% jump in Xbox console sales primarily due to significant Xbox Series X/S demand. This Q1 performance follows another record year for Xbox with over $15.37 billion earned through FY21. 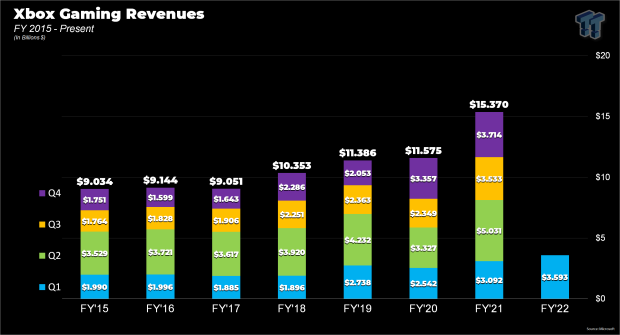 "Xbox content and services revenue increased 2% driven by growth in Xbox Game Pass subscriptions and first-party titles, offset in part by a decline in third-party titles, on a strong prior year comparable that benefitted from stay-at-home scenarios." 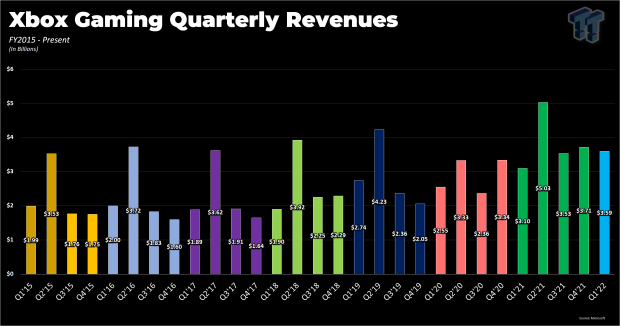