A new horror game based on A Quiet Place is in the works from veteran Far Cry and Rainbow Six developers. 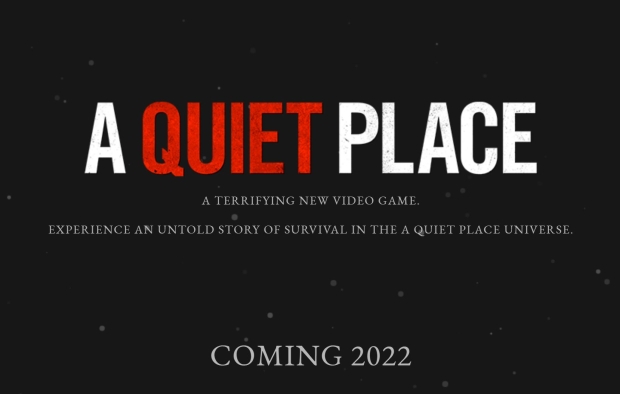 Today Paramount announced a new singleplayer game based on the terrifying A Quiet Place franchise is in development. There are three teams involved: the Montreal-based studio iLLOGIKA, who is made up of old-school devs from Behavior Interactive, Ubisoft, and Eidos-Montreal, will handle principle development. Austin, Texas-based studio Ep1tome will also help development. Saber Interactive (World War Z, The Witcher Wild Hunt Switch and PS5/Xbox Series X) will publish the game.

The game will "deliver an original story and gameplay that captures the compelling suspense, emotion and drama for which the series is famous," a press release says.

Check below for copies of the press release announcements:

"The A Quiet Place video game will let fans experience the tension of the films with a level of immersion they've never felt before," said Herve Sliwa, Creative Director at iLLOGIKA.

"We're excited to work with EP1T0ME and to team up with Saber Interactive to share this unique vision of hope and horror with players everywhere in the future."

"This first official video game set in the terrifying A Quiet Place universe will deliver an original story and gameplay that captures the compelling suspense, emotion and drama for which the series is famous," said a statement from Saber Interactive.

"The game is in development by iLLOGIKA, the Montreal-based studio with veteran talent from the Rainbow Six and Far Cry franchises, and published by Saber Interactive, the Embracer Group company behind the hit game World War Z and the upcoming Evil Dead: The Game."

"The amazing success of the A Quiet Place movies makes it clear audiences are hungry for more adventures in this universe, and iLLOGIKA is creating their own truly engaging experience that lives up to the name of this beloved property. We are proud to say that A Quiet Place is the first game we will be releasing by an external studio from the growing Saber publishing label," said Todd Hollenshead, Head of Publishing at Saber Interactive.