Yesterday, NASA officially announced when it will begin the first mission of its Artemis lunar program that aims to take humans back to the Moon as early as 2024.

On October 20, engineers successfully stacked the crew capsule on top of the Space Launch System (SLS) rocket that is slated to be the means of transportation to the Moon. The first step on getting humans back on the Moon is Artemis 1 - an uncrewed mission that will test the Orion spacecraft, the SLS rocket and ground systems at Kennedy Space Center in Cape Canaveral, Florida. Artemis 1 will send the Orion spacecraft 280,000 miles from Earth - farther than any human spacecraft has ever flown before.

Throughout its journey, the NASA spacecraft will separate from the Interim Cryogenic Propulsion Stage (ICPS) about two hours after launch and begin deploying small satellites over several days called CubeSats, which will be used to perform several experiments and technology demonstrations. On its way to the Moon, engineers on the ground will be testing all of Orion's systems to make sure everything is operational for when humans embark. 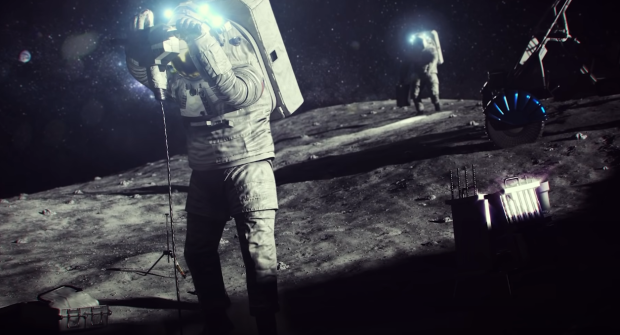 Orion will eventually enter a lunar orbit, flying just 60 miles above the lunar surface to get a gravity boost for its journey back to Earth. NASA states that the primary goal of Artemis 1 is to ensure Orion safely returns to Earth before humans are flown.

Mike Sarafin, Artemis 1 mission manager, said, "The February launch period opens on the 12th, and our last opportunity in February is on the 27th".

For those curious about when NASA plans to send humans back to the lunar surface, the space agency has broken the journey into three separate parts; Artemis 1, Artemis 2, and Artemis 3. Artemis 2 will be a crewed fly-by test of the Moon scheduled for 2023, and Artemis 3 will be the mission that puts humans back on the Moon for the first time since Apollo 17 in 1972, planned for 2024.