Tobii announced a partnership with Pimax to put its industry-leading eye-tracking technology in future Pimax headsets. That is the first hint at what's around the corner from Pimax's next generation of VR headsets. 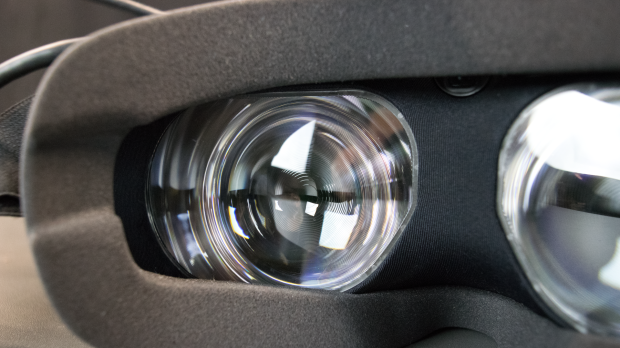 "We are excited by the opportunity to, together with Pimax, help push the boundaries for state-of-the-art and truly immersive VR experiences," said Johan Hellqvist, VP of XR at Tobii. "Our first collaboration on premium VR headsets for consumers is an important milestone in our path to mass market adoption, and it confirms Tobii's leadership position for extended-reality (XR) market."

Pimax had previously worked with 7invision to build an eye-tracking solution for the 5K and 8K headset lineup. Tobii's solution must be installed behind the lenses, so it must be implemented at the manufacturing level. This new partnership ensures that Tobii hardware will be part of Pimax's future developments.

"Tobii's proven track record in deploying eye tracking in the VR head-mounted display (HMDs) market makes it the best partner to work with on our direct-to-consumer products," said Robin Weng, founder and chairman of Pimax. "Its eye-tracking solution enables Pimax to create more powerful devices and immersive experiences in the Metaverse, where users have a strong sense of presence and enjoy themselves naturally in boundless ways."

Tobii said that it doesn't expect much revenue from this partnership in 2022, implying that the first Pimax headset with Tobii eye-tracking would land sometime next year but likely closer to the end of the year. We may learn more about the company's roadmap in a couple of days. Pimax has an event planned for Monday and the company has teased that it has something "several generations ahead" to show off.