NVIDIA is expected to unleash the new performance champion GPU in Q1 2022, with the introduction of the GeForce RTX 3090 Ti or GeForce RTX 3090 SUPER graphics card... with some new rumors to join the pile.

According to the very latest rumors from Tom @ Moore's Law is Dead: "most of my best sources: yeah, it exists right now (the GeForce RTX 3090 Ti, or GeForce RTX 3090 SUPER) but I can't believe they're going to launch this". But now Tom has another source that has confirmed the existence of the new GeForce RTX 3090 Ti.

This new source has revealed that NVIDIA is indeed planning to launch a new GeForce GPU with 450W of power at the ready in Q1 2022. Tom says that OEMs are preparing the new GeForce RTX 3090 Ti or GeForce RTX 3090 SUPER as a "direct competitor" to AMD's highly-binned Navi 21 XTXH-based Radeon RX 6900 XT Liquid Cooled Edition graphics cards.

I think NVIDIA is releasing the GeForce RTX 3090 Ti with 450W of power because company CEO Jensen Huang won't want to go into 2022 without NVIDIA being the GPU performance champion. AMD is now nipping at the heels of NVIDIA's best GPU silicon with its RDNA 2 graphics architecture, and Intel is about to dive into the GPU party with its Xe-based Arc Alchemist graphics cards in 2022.

NVIDIA will want the very best, and it'll need to crank power numbers to 450W+ to do it... at least that is, until we get the Ada Lovelace-powered GeForce RTX 40 series in the second half of 2022. 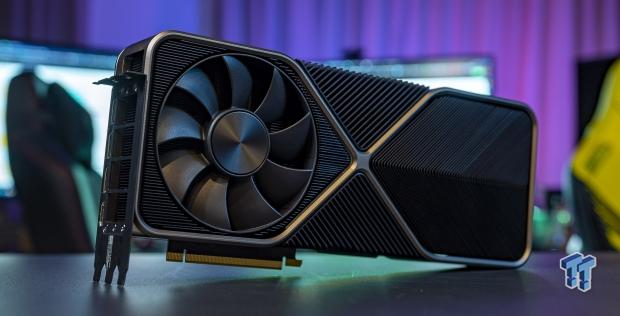