DJI has just unveiled its new cinema camera that has a built-in gimbal, shoots up to 8K 75FPS video, packs a LIDAR-based rangefinder that, even in low light, promises a "sharper, faster, and more reliable focusing experience".

DJI's new Ronin 4D drone is using the Zenmuse X9 camera, a full-frame with interchangeable lens mounts for DJI's own DL and Leica's M systems, with 9 built-in ND filters. There's the 6K version of the DJI Ronin 4D drone which shoots up to 6K 60FPS and 4K 120FPS, while the 8K model will shoot 8K 75FPS which is kinda insane. 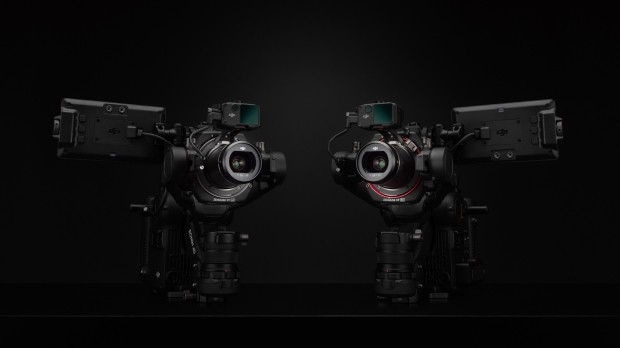 DJI says that it will have the 8K version of its new Ronin 4D drone "at a later date" while the 6K version will be available in December. DJI of course has a plethora of accessories for its new drone, with a wireless monitoring system -- something that also lets you remote in and control the camera settings and gimbal movements, for camera operators this is awesome).

There's also a focus motor that lets you fine-tune the manual focus lenses to use the LIDAR system, and with the built-in gimbal, the new DJI Ronin 4D drone will stabilize on four axes, including up and down. This should make for some deliciously smooth and beautiful cinematography from the sky, as well as bumps and camera shake from operators walking or running around.

As for price, DJI is starting things off at $7199 for the 6K version of the Ronin 4D drone while the 8K version will cost $11,499 but you'll get the gimbal, camera, LIDAR range finder, a monitor, hand grips/top handle, a carrying case, a battery, and even a 1TB SSD.