Astronauts aboard the International Space Station have an incredible vantage point to see Earth and some of its strange, yet beautiful phenomena.

The International Space Station (ISS) is orbiting Earth at an altitude of about 250 miles, and from that height astronauts aboard the floating laboratory are able to capture stunning images of Earth. NASA astronaut Shane Kimbrough recently took to his personal Twitter account to post an image of a beautiful green aurora appearing in Earth's atmosphere. Here's what he said, "I caught this aurora just as orbital sunrise was beginning. Breathtaking!"

An aurora occurs when charged particles from the Sun collide with Earth's atmosphere. These charged particles are called solar wind and come from solar flares and coronal mass ejections. The interaction between the solar wind and Earth's magnetic field lines creates the beautiful auroras we see in the sky. The Sun is entering in a new solar cycle which means we can expect more solar activity such as solar flares and coronal mass ejections to take place. 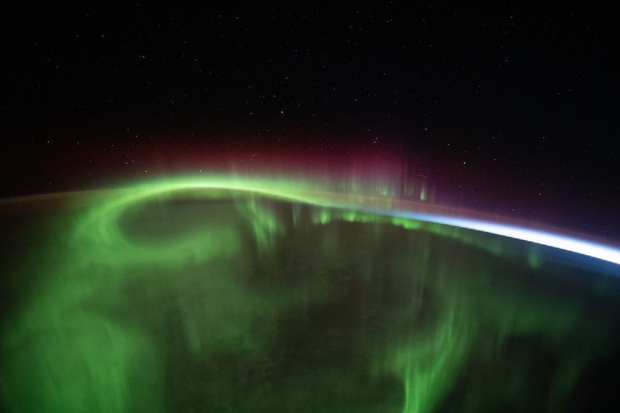