Astronomers have been observing Jupiter and its most notable attraction - the Great Red Spot for hundreds of years. 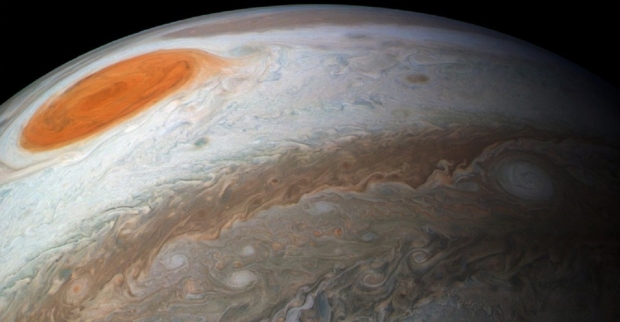 Jupiter's Great Red Spot is the largest storm in the solar system, stretching at one point 25,000 miles in diameter, or three times the diameter of Earth. The storm is located 22 degrees south of Jupiter's equator and is producing wind speeds of up to 268 miles per hour. Astronomers have been using NASA and the European Space Agency's Hubble Space Telescope to observe Jupiter's main attraction for more than a decade and have discovered that the wind speed on the outer edges of the Great Red Spot is increasing.

Between 2009 and 2020, the wind speed of the outer edges, described by researchers as the high-speed ring, has increased its speed by eight percent. According to Michael Wong of the University of California, Berkeley, who led the analysis, "When I initially saw the results, I asked, 'Does this make sense?' No one has ever seen this before. But this is something only Hubble can do. Hubble's longevity and ongoing observations make this revelation possible."

Adding, "Since we don't have a storm chaser plane at Jupiter, we can't continuously measure the winds on-site. Hubble is the only telescope that has the kind of temporal coverage and spatial resolution that can capture Jupiter's winds in this much detail."

Inverse reports that the percent increase in the wind speed has given an additional 1.55 mph every year. Amy Simon of NASA's Goddard Space Flight Center in Greenbelt, Maryland, and a contributor to the research, said, "We're talking about such a small change that if we didn't have 11 years of Hubble data, we wouldn't know it had happened. With Hubble, we have the precision we need to spot a trend."