Earlier this year astronomers detected what could be the largest comet ever discovered, and it's the first comet on an incoming path with our solar system.

The comet is named Bernardinelli-Bernstein after the astronomers that detected it, Pedro Bernardinelli and Gary Bernstein, from the University of Pennsylvania. The comet was originally thought to be a dwarf planet due to its immense diameter of 62 - 124 miles, but after further analysis researchers found that it wasn't a dwarf planet, but a large comet travelling from the Oort Cloud.

The researchers performed heavy analysis on the newly discovered comet with data sets from multiple observations. What the researchers found was the comet made its previous closest approach to the Sun around 3.5 million years ago, coming in at a distance of 18 AU (1 AU = the distance between Earth and the Sun - 93 million miles.) Additionally, the researchers were able to predict when the comet will make its closest approach to Earth, and according to the results, Comet Bernardinelli-Bernstein will approach the Sun in 2031. 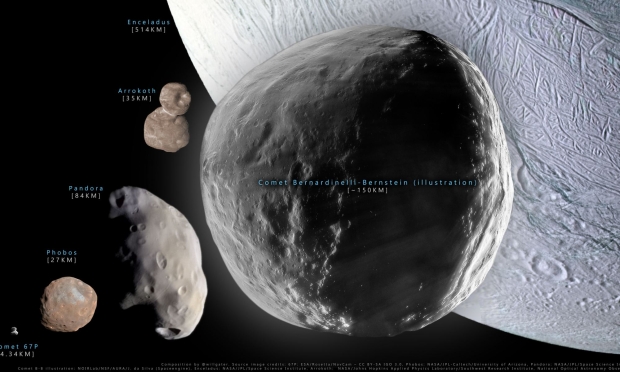 However, Comet Bernardinelli-Bernstein will only come as close to Earth as Saturn's orbit, meaning it poses no threat at all to Earth. At the moment the comet is located 1.8 billion miles away near Uranus, and when it makes its closest approach it should be visible for large amateur telescopes.