Anyone that regularly reads TweakTown and my GPU content will know that I'm a big fan of DLSS, and while it wasn't perfect with DLSS 1.0, it sure as hell is a great addition to GeForce RTX graphics cards with DLSS 2.0 and its improvements after v2.0 hit. 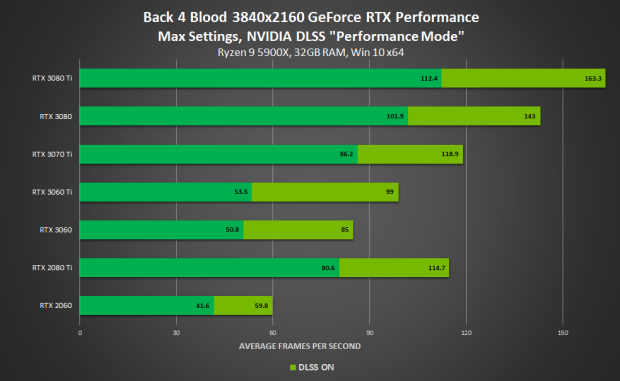 But now, now we have NVIDIA and its Deep Learning Super Sampling (DLSS) technology powering over 120 games and apps, with 10 more games coming in October 2021 alone. One of the big ones is Back 4 Blood, which has DLSS support and adds up to 46% more performance.

DLSS is also super-powering Baldur's Gate 3 that was just launched, with an astonishing 88% increase in performance at 4K which can see the mid-range GeForce RTX 3060 Ti pushing 4K 60FPS+ in Baldur's Gate 3 thanks to DLSS. On top of that, we have the Crysis Remastered Trilogy which launches on October 15, which will have NVIDIA DLSS and ray-traced reflections, as well as enhanced textures, models, lighting and environments that will ensure the PC versions of the games are the best.

Better yet, Shadow of the Tomb Raider is receiving the latest version of NVIDIA DLSS on October 18. This will improve both the quality and performance, so I'll re-run my entire stack of graphics cards at both 1080p, 1440p, and 4K and then 8K (which will be the most interesting). 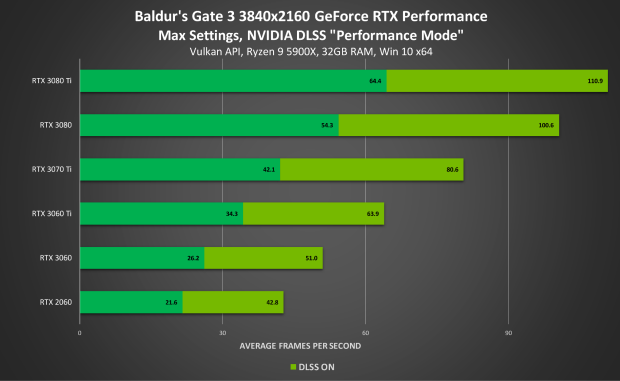